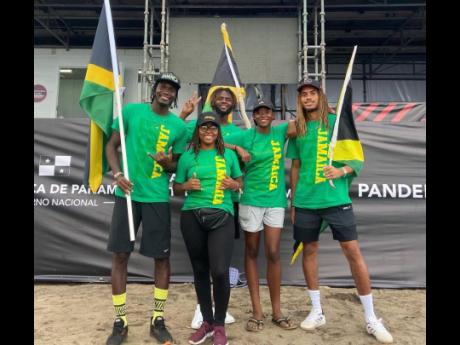 The national surfing team recently finished 16th at the 2022 Pan American Surfing Championships in Panama as the National Surfing Association continues to revamp the local programme.

The five-member Jamaican team, after six days of intense competition, only finished ahead of Nicaragua in the event.

Ronald Hasting and Ackeam Phillips, who both finished fourth in their heat, contributed 240 points.

On the women's side, Imani Wilmot and Zoe Bain racked up 320 points as they, too, finished fourth in their heat and failed to advance to the second round.

According to manager Imani Wilmot, the conditions in Playa Venao were less than what they were used to, although the members gave it their all.

"The conditions were very challenging, and equipment was also a notable issue for the team. The surfers did well with what we had, and we are pleased that Jamaica was able to regain a rank in the Pan-American region," Wilmot said.

Surfing had been on the back burner due to the pandemic, however, with the participation of the small team at the Pan-Am Championships, the team has already begun preparations for the International Surfing Association's World Surfing Games, which will be held in Huntington Beach, California, the United States of America (USA), in September.

In the meantime, Brazil secured the gold medal at the Pan American Championships after amassing a total of 15,195 team points to beat Peru, who secured the silver medal with 12,017 points. The bronze medal went to Argentina, who chalked up 11,055 points.

Sophia Medina of Brazil was crowned Women's Open Champion, while Mateus Sena, also of Brazil, took away the gold medal in the Men's Open division.