Calabar up for ‘group of death’ challenge 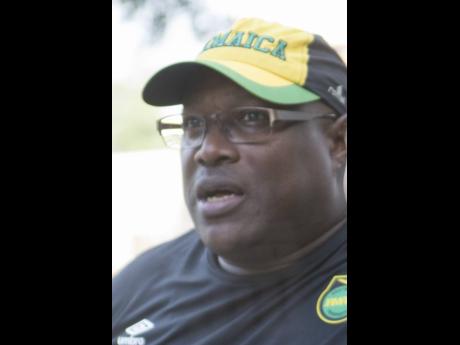 Veteran coach Andrew Price is aiming high for Calabar in the Corporate Area's schoolboy Manning Cup football competition, despite being charged with rebuilding and putting in a firm footing at the Red Hills Road-based institution for the next three years.

Price believes the opening clash with defending champions Kingston College (KC) at Sabina Park on Saturday will have to be used as a marker, in Calabar's quest to emerge from the dreaded Group A.

Many believe it is the group of death and also has St George's College, Ardenne, Eltham High and Oberlin.

"We are rebuilding the programme and that is what I have been charged with but we will always be competitive in the games that we play this season," Price said.

"It is a young squad with a few returning players, who we have mixed with some youths who have matriculated from the championship colts team two years ago.

"We have been working hard but we are in the proverbial group of death. We expect all the teams in the group to be competitive and we are going to respect all of them and play them on merit and see where it leads us," he commented.

Nevertheless, the aim is to go all the way and they have set their sights on nothing less.

"You have to be in it to win it. It doesn't matter which group you are in, the objective is to come out of the first round of this very difficult group.

"We are going to play one game at a time and the longer the season gets the better we will get and have more understanding and coordination. We are up for the challenge and we are going to put up a good fight and play some good football," he declared.

According to Price, they are eagerly anticipating the clash with perennial rivals KC.

"We intend to play attractive exciting football. We want to go out and entertain and play well.

"There is a big rivalry between KC and Calabar from time immortal. It will be a good matchup. KC is at home so we just want to go out put our best foot forward and try to pick up the win along the way.

"So it will be up to the players to go out and perform and put on a good showing," he said.