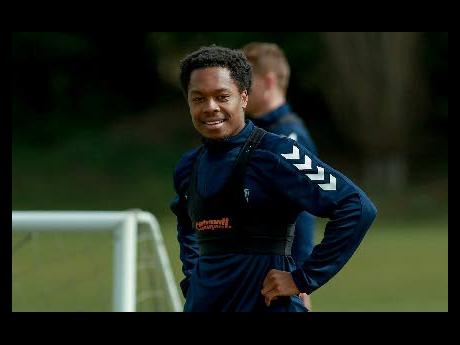 Nathaniel-George, 27, quickly joined the fray, coming on as a substitute on 65 minutes as Maidenhead drew 1-1 at home to strugglers Halifax Town on Saturday.

The point helped Maidenhead - nicknamed the Magpies - move up to 17th place.

One of Nathaniel-George's new teammates is 33-year-old Montserrat forward Adrian Clifton, who came on as an 80th-minute substitute.

In August, Nathaniel-George was registered with rivals Torquay United and made one appearance for the Gulls on the opening day of the season.

His former clubs include Crawley Town and Southend United while he spent time last season on loan at Ebbsfleet United in the sixth-tier National League South.

UK-born Nathaniel-George made his debut for Antigua and Barbuda in June.