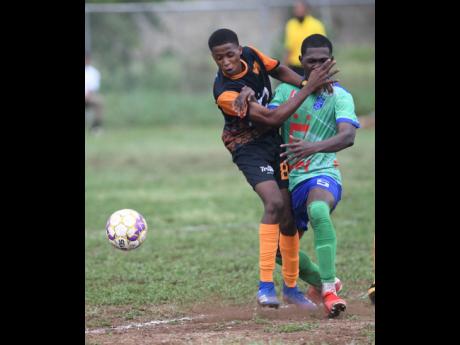 Assistant coach and former Waterhouse midfielder, Theo Brown, said the win is a major boost to their confidence but insists they have to improve to build on their positive start to the season.

"Hats off to the guys. It was a hard-fought victory, and one of the nicest ways to get a win is in the last minute. So I am very proud of the guys for this first victory.

"We have some things we need to work on, on the training ground. We need to work on the function of the team and what the players are required to do, but Rome wasn't built in a day, so it's a day-by-day process. Today's win put the belief in the guys that they can do it and we want to improve and take it from here," Brown said.

The visitors took the lead two minutes before the interval through a Jordane McDwell's strike and although Edith equalised through Ahkeem Gooden in the 52nd minute, Shakeem Wilson restored Bridgeport's advantage four minutes later.

However, in the 72nd minute, Gooden pulled Edith level again when he scored with a diving header during a melee from a corner.

The teams went for the jugular in the final minutes and both had good openings but the wet and slippery conditions made taking those chances difficult.

Then with virtually the last kick of the ball, the Rastafarian Harriott latched on to a looping cross from the left and slammed a vicious volley past Carlle Williams in Edith's goal.

Meanwhile, head coach of hosts Haile Selassie, Linval Dixon, was happy that they were able to get back in the swing of things, after more than a year away from competitive football, but still earning a 0-0 draw with Charlie Smith.

Dixon believed that they could have won the match, but inexperience denied them that opportunity as they opted not to participate in the tournament last year because of the COVID-19 pandemic.

"We started with a little nerves. We took a little bit of time to settle. As we settled and got into the game we started to create some chances and I think (the game) was good for us and, hopefully, it will motivate us to go forward.

"We were looking for three points at home. That was our plan. We played against a former champion and to get a point from it (is not bad). It is a little bit of a setback for us but we can see the team improving and I can see this team going at least in the second round," Dixon said.

In another Group C match, Tivoli slammed Vauxhall 4-0 while in Zone A, Waterford stopped Meadowbrook 3-0 and in Zone F Cumberland clipped Jose Marti 1-0.