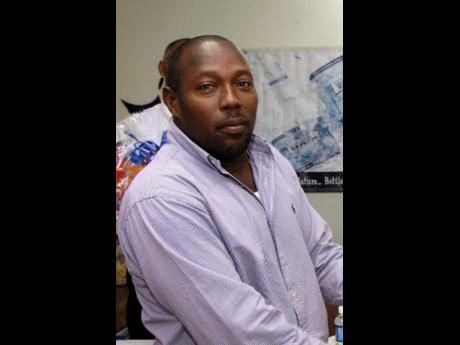 Olympian and highly respected high school sprint coach, John Mair, has taken on the mantle of guiding the athletic programme for the boys at St Jago and has already been impressed with the operations of the institution.

According to Mair, he admires the support and commitment of track and field as well as the efficient management team at St Jago, which he believes is better than some of the institutions he has worked with in the past. He is proud to be a part of St Jago.

"St Jago are very rich in their athletic prowess, both boys and girls, and I do think I have something to contribute to the boys' programme," Mair said.

"St Jago is a far cry from some of the other institutions that I have been to. The support staff and the hundred per cent management are great. The coaching staff sees eye to eye. We do not have any issues there and there are no egos at play.

"I am there to give my best, impart my knowledge and contribute whatever I can and hopefully at the end of the day, these boys will move on to be better gentlemen in society," he continued.

Mair recently ended his three-year stint at Hydel High after coaching at his alma mater Jamaica College (JC) and Vere Technical before that. He has an outstanding record of recruiting and developing some of the best high school athletes.

Mair helped the girls at Hydel to two second-placed finishes and a third at the Inter-Secondary Schools Sports Association (ISSA)/Grace Kennedy Boys and Girls' Championships (Champs) during his stay.

He is hopeful he can impact St Jago's boys similarly to make them more competitive even though they have finished in the top five at Champs over the last five years.

"When I got involved in coaching I started at Jamaica College, then I went to Vere and then Hydel, and for me, it is the same, it is about giving back. I benefited from high school track and field and always want to give back to young student athletes.

"That is my passion, so it doesn't matter which school, as long as they are in need of assistance I will be there for them," he told THE STAR.

Mair, however, believes that all components will have to come together at St Jago for them to achieve more athletic glory, which includes the boys winning the title in 1987 and 1993.

"It will still have to be a team effort. The individual thing does not work. Everybody plays a very integral role, from the cook to the bus driver. So I am there to give my best and I hope that at the end of the day it will show," Mair said.

"My duty is to serve the youngsters, and my joy is to have youngsters come through, run well and get scholarships.

"I am no yes man and I do not put up with foolishness, but I definitely see myself making a solid contribution, because wherever I go and whatever I do, I always try to give a hundred per cent and nothing less," he insisted.

Mair, who left Vere in 2018 after six years, citing interference from outside influences, would not disclose the reason for the separation from Hydel.