James, Glasgow part of training group for U19 World Cup 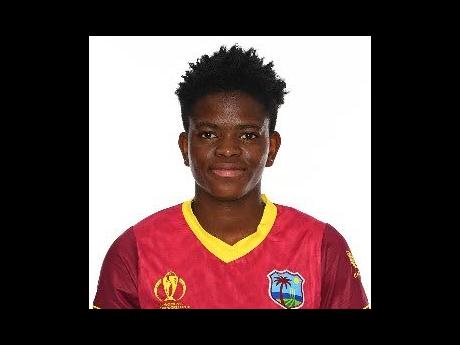 West Indies A stars Zaida James and Jannillea Glasgow have been named in a 23-member group to prepare for next year's ICC Under-19 Women's Twenty20 World Cup.

The group will feature in three trial matches in Trinidad this week - two carded for today and the final one set for tomorrow.

Cricket West Indies (CWI) said following the trial games, the group will undergo skills and fitness sessions under the guidance of head coach Steve Liburd from Friday to Sunday, to further enhance preparations.

"The upcoming training camp in Trinidad for our women's under-19 squad will be an important component of their preparation for their inaugural tour of India, which immediately follows, and also for the ICC Women's Under-19 T20 World Cup, which takes place in South Africa in January," said CWI's Director of Cricket, Jimmy Adams.

"During the eight-day camp, the squad will continue its ongoing programme of technical, tactical, physical and mental preparation.

"The entire experience of the camp, and subsequent tour to India, will play a big role in the development of our next generation of international female cricketers, who have had limited experience of playing outside the region before now."

West Indies under-19 women are scheduled to tour India from Monday until November 25, a series which CWI said would form "a crucial part of the team's preparations" for the upcoming World Cup, which runs from January 14-29 in South Africa.

West Indies will feature in Group C of the tournament alongside New Zealand, Ireland and Indonesia.