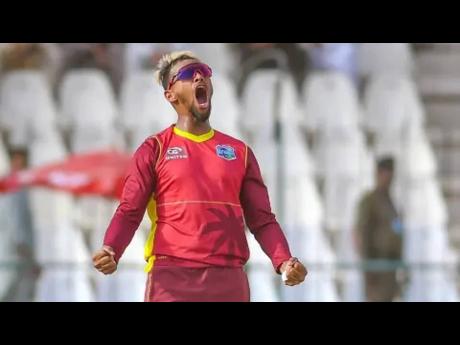 Trinidad and Tobago Red Force captain Nicholas Pooran has pointed to inept batting in Saturday's Super50 Cup final as the reason behind their three-wicket defeat to new champions Jamaica Scorpions.

Bidding to repeat as champions, Red Force mustered only 217 from 47 overs after being asked to bat first and Pooran said they failed to assess conditions at the Vivian Richards Cricket Ground, especially coming off their 312 in last Wednesday's semi-final against Barbados Pride.

"Today wasn't our day with the bat and in the end there, we saw we were 50 runs short. We didn't assess properly," Pooran lamented.

"The batsmen fought, but we kept losing wickets at crucial times and every time we got a partnership we lost wickets.

"We saw Yannic Cariah there in the end, he and Akeal (Hosein) putting on a partnership, but we kept finding ways to get out, which obviously, hurt us in the end."

Red Force were floundering at 79 for four in the 22nd over when experienced left-hander Darren Bravo, who made 14, tapped a return catch to left-arm spinner Dennis Bulli.

When Pooran edged a slash at pacer Odean Smith and was taken behind for eight, the innings tottered further at 101 for five in the 27th over.

Left-handers Cariah (43) and Hosein (37) put on 56 for the sixth, but once the stand was ended when Cariah trod on his stumps, Red Force lost their last five wickets for 60 runs.

"The guys obviously fought. Two hundred and eighteen is obviously difficult on that track to defend and I think the guys fought extremely hard, all the bowlers," Pooran said.

"I'm really proud of the guys. They stuck in there, but again, we batted poorly and obviously, we paid the price.

"There's not much we could've done differently (with the ball). If a couple decisions had gone our way early, maybe.

"I thought we brought our A-game in the semi-final ... but in the final, we definitely didn't show up. We didn't show up with the bat. It's unfortunate and again we paid the price," Pooran said.