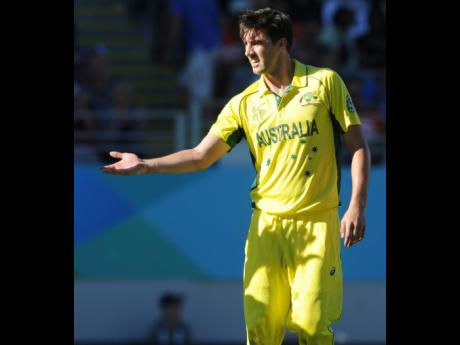 West Indies could face a trial by pace in the Adelaide second Test, after Australia selectors called up uncapped exciting speedster Lance Morris, along with seamer Michael Neser, for the series finale starting on Thursday.

The pacy 24-year-old Morris has been a standout in the Marsh Sheffield Shield campaign, snatching 27 wickets in five matches for leaders Western Australia to be the tournament's leading wicket-taker.

He has averaged 18.40 with an outstanding strike rate of 33 and has been clocked consistently at 150 kph.

Neser, meanwhile, has played a single Test - the second of the Ashes exactly a year ago - where he took a couple of wickets.

"Michael has been with the squad on a regular basis in past seasons and was simply outstanding in Adelaide last summer," said selection chair George Bailey.

"He has continued to perform incredibly consistently since and will be warmly welcomed back.

"Lance is another of the outstanding young fast bowlers coming through the ranks. He has genuine pace and his ability to create opportunities for wickets is a real draw card.

"It will be great experience for him to come into the environment."

The duo will serve as cover for fast bowling captain Pat Cummins who picked up a "small strain" to his right thigh during the opening Test, which finished on Sunday in Perth with a 164-run victory for the hosts on the final day.

Cummins, however, who was not fit enough to bowl in the West Indies' second innings, said following the game he was confident he would be ready for the second Test, which will be played under lights.

Ironically, Cummins also missed last year's Adelaide Test against England when he was struck down with COVID-19, Neser replacing him in the side and batsman Steve Smith taking over captaincy duties.

Australia already have three pacers in their squad - Josh Hazlewood, left-armer Mitchell Starc and Scott Boland - a 33-year-old who has taken 18 wickets in three Tests but did not feature last week in Perth.