Fraser-Pryce: An honour to be among top athletes of 2022 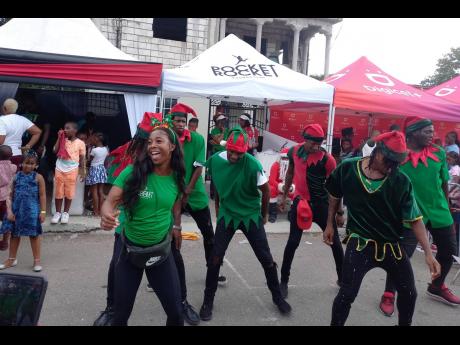 A campaign which saw seven 10.7 seconds 100 metres clockings, retaining her world 100m title in championship record fashion and winning her fifth Diamond League 100m title was not enough to claim the 2022 World Athletics Female of the Year for five-time World champion Shelly-Ann Fraser-Pryce.

But she is not bothered in the slightest, as she says that the calibre of athletes nominated displayed how well the women delivered in 2022.

Fraser-Pryce refused to label it "missing out" on the award, but rather, being appreciative of the accomplishments that they have been able to make this year.

"To be able to be nominated was in itself an honour. Anybody could have won, and I don't want to say that I missed out on it, because I think there were all worthy of getting the Female Athlete Of the Year Award; and in their own right they are," Fraser-Pryce told STAR Sports. "It's remarkable to be able to have a group of women just evolve and put track and field at a different level."

It is a different level that Fraser-Pryce has reached even at the age of 36 (her birthday was yesterday), where she said that she has had the most fun this season in being able to be consistent in her times, while pushing herself even further to test her limits.

"I had my goals written down to run 10.5 or 10.4. I wasn't able to get that, but what I did along the way was just remarkable, and I think that actually helped to fuel me for this year. I know that not every year is the same. For me, I loved the fact that I always challenge myself; and I know that whatever I was able to achieve the year before, I have to do it again, and no year is the same," Fraser-Pryce said. "You just take what you need to take and just continue to push forward to the next year."