The true meaning of Christmas has been lost 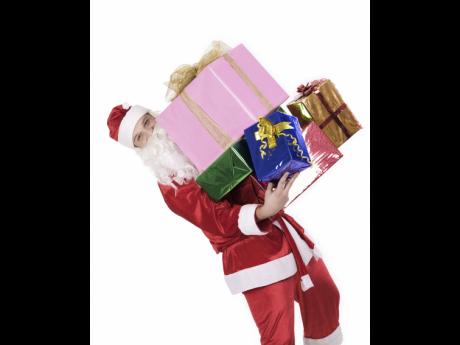 I am writing you from Birmingham, England, where people forget what Christmas is all about. Back in yesteryear, it was simple and meaningful. Today, it has become so secular to the point where one can see the works of evil being manifested.

When the Lord came into the world, his birth was amazing, but it was low-key, if that is the right word. What I am trying to say is that it was a humble entrance. We must remind ourselves of that. Wouldn't it be nice if everybody who buys a gift would give that gift to a complete stranger? After all, God gave his son to us all regardless of where we are from or who we are.

On another note, I would be grateful if you could make mention about a cousin of mine whose name is Dennis 'Bunny' Samuels. He is between 63 and 65. He lives at a place by the name of Springfield. It is said that he used to ride a motorcycle, a Honda 50, and he used to be a farmer. I would like to get in touch with him. He does not know me. I was told about him. Thank you, and may God bless you.

People celebrate Christmas in different ways. We should be careful not to condemn them. Some eat a lot, some drink a lot. Some go to church, some would rather to go to parties. Some look at the season as a time to think of the Saviour coming into the world. However one celebrates Christmas, we should respect that and leave them alone.

If your relative or anyone who knows his whereabouts contacts me, I will let you know.