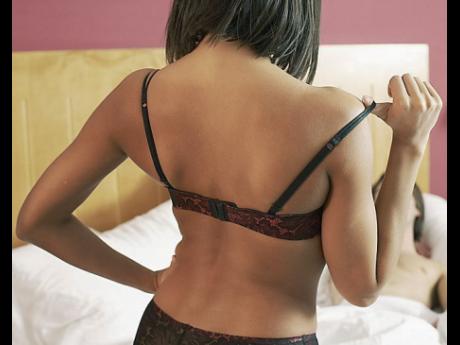 I have a concern. I was having sex one night with my girlfriend. We are together for one year and eight months. I am sending her to school. She goes to evening classes. We are living together. I took her out of the ghetto. She is a pretty girl. When I met her she had just a few pieces of clothes. Every week I bought her either a pants or a dress. She has lots of clothes now.

I don't watch her. During the day she is at home, she goes to school at 4 o'clock in the evening and classes end at 8 p.m. When I come home, I cook. Sometimes I even wash. On Saturdays I help to clean. When she came here to live, the people in the yard said that I am a good man because I help my girlfriend. I don't know her to have another man with me, but now I am wondering what is going on.

We were having fun one night, and while we were doing it, she said: "Oh so and so, you are doing it so sweet." I was shocked because that is not my name. I did not ask her who she was talking about, but I was shocked. I stopped and started again without saying anything. It took a whole week to go back to her although I talk to her and sleep on the same bed with her. At work, I kept wondering who this person was.

One Saturday morning, she wanted me to make love to her, so I asked her who is that person, and she said she did not know what I was talking about. I told her what she said while we were having sex. And she denied it.

Pastor, I know what I heard, and I just want her to come clean.

What should I do?

I suggest that you allow what you heard to pass because it is likely that this woman had boyfriends before, and she was sexually active before meeting you. What you probably should have done after

making love with her, was to ask her who was that particular person. And you should have told her that you heard her calling another man's name and saying that he does it so sweet.

I knew a man who had lots of women, and he called every one of the women 'Mi Love', so he can't make any mistake at all.

Your woman told you that she does not know what you are talking about. I repeat. Let this one pass. If she is seeing another man that would be very unfortunate because you have been very good to her, and it would be only a matter of time before you find out that she is a cheater. So continue to do your best for her and don't make a big fuss over what she said while having sex with you.