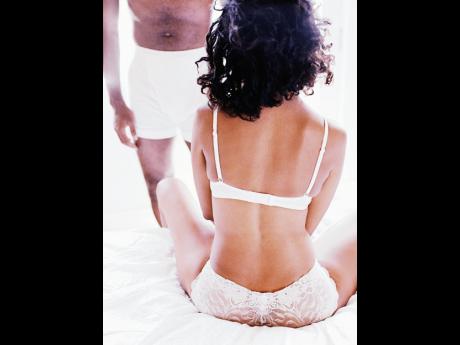 I am 21 years old and I read the column every day, and I listen to you most times at night. I have a problem. I am living with my grandmother. She and I were living alone, but my brother, who went away and got himself in a mess, came back to Jamaica and didn't have anywhere to live. My grandmother allowed him to come and live with us.

This house is not large; only two bedrooms. I live in one of the rooms and my grandmother in the other. My grandmother told him that he could only stay with us for a while and as soon as he gets a job, he would have to leave and rent a place.

Three months after he came to Jamaica, he got mixed up with a girl and she started to come to my grandmother's house. My grandmother told him not to let her come to the house. My grandmother is a revivalist and sometimes she is not at home, she goes out on church missions, so he allows his girlfriend to come when he knows that grandma is not here.

I promised him that I will not tell grandma that the girl comes to the house and even sleeps here. He goes into my grandmother's room. They don't use the bed, but he sleeps with her on the floor. One day, my grandmother came home and asked me if anybody went into her room apart from me, and I had to lie and tell her no. But it was my brother and his girlfriend who were in there. When I told my grandmother nobody was in there, she said that's not how she left her room. It did not smell fresh.

I told my brother what grandma said and he cursed and said that I told grandma that he brought his girlfriend there. This same girl is now pregnant for him and he does not know where to put her because her home is not convenient, either. The girl thought that because he was living in America and is now back, he has money. He doesn't have anything. Sometimes I have to give him money to buy flour, cornmeal and mackerel to cook. When he goes on the road, he talks like an American and the girls love that.

GETTING MARRIED IN AUGUST

My brother's girlfriend has two other children and I believe that she was looking to get money from my brother to support her children. I am getting married in August. My boyfriend is building a house. He is 30 years old. We are hoping that it would be finished in time for us to move in before our wedding.

My grandmother says that if it is not finished, we can stay with her until we are ready to move. My brother is fussing and saying that my grandmother prefers me, and asking why can't she allow him to stay with her when I leave. My grandmother does not trust my brother. He is not working and my grandmother will not support him; and now that his woman has a baby on the way, she can't deal with that. This house belongs to my grandmother. She worked hard to purchase it without the help of a man.

Your brother should be thankful that your grandmother has allowed him to get shelter in her house. He should be respectful and understanding. He should not take any woman into her house, whether she is at home or not.

Your grandmother is a revivalist and she has her standard. Granny is not a fool. She takes care of her house. She is likely to know if you or anybody else went in her room and had sex. She would have known how she left her room. I won't even comment on how the room smelt.

Your brother is irresponsible and the young woman is not wise. He should not have got this woman pregnant, and she should not have allowed him to have sex with her without the use of a condom. He has nothing to offer her apart from sweet talk. He needs to seek a job and leave his grandmother's home.

I am glad that your boyfriend and yourself are getting married and that he is presently trying to build a house. I hope that after you have left your grandmother's house, your brother will not insist that he is going to stay in her house and cause unhappiness to your grandma. He should leave before you do.