Ex-boyfriend was too controlling 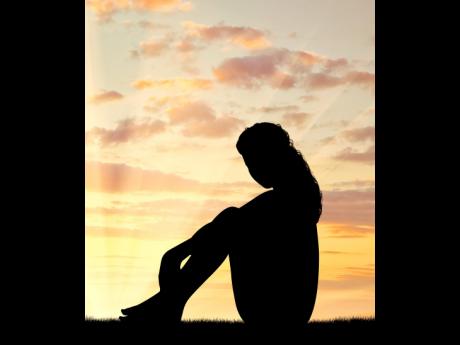 I am 22 and I have a boyfriend who is 23. I love him tongue can't tell. He is very good to me. I used to live with a much older boyfriend when I was 18, but we broke up because he objected whenever he saw me in shorts or short skirts.

One day, my friends came to see me and I was wearing shorts. I walked out on the road with them and he was coming home. When he saw me, he stopped and cursed me.

He said that he was going to beat my ass because he told me not to wear such short clothing. I was so embarrassed.

I left my friends and ran home. When he got to the house he threatened me; I started to cry.

So he quieted down. But I wanted to leave him.

One day when he was gone to work, I packed my bag and left him a note and I told him I would not come back. He called me every day and begged me to come back.

This guy that I have now allows me to wear my short skirts and sexy underwear. He even buys them for me. When I was with the other guy he didn't want me to go to clubs. This new guy takes me to clubs.

If he can't take me, he allows me to go with my friends. I can dance; and I dance with some of the men who are in the club. Some of them ask me for sex, but I don't give it to them because my boyfriend takes care of me. My girlfriends sometime leave me in the club and go with men for money.

I met a white tourist at the club and he said he loved my shape and how I can dance, and he would give me $25,000 to spend the rest of the night with him.

I told him I was seeing my period, so I would come back to the club the following night and we could have some fun. But I only told him so to get out of the jam I was in.

I think of the older man I was living with in Kingston; if he could have controlled his hands I would not have left him. He used to give me more money than what my present boyfriend gives me. But he was too controlling.

I do understand how you felt and why you ran from the older man. You felt that he was too controlling, and you were in bondage and too restricted.

It was wrong for him to threaten to beat you, so I cannot be against you for leaving him. If he had learnt to control his anger and not abuse you, both of you could have been happy.

The guy that you are friendly with now loves to see you looking hot. But I doubt that he is in a position to give you enough money to keep up with the lifestyle that you love.

I don't believe that you are using much common sense. This man is allowing you to show off your stuff, but you know your relationship is not solid.

Why do you go to clubs so often and he is not with you? Is that an indication that you are not all that happy with him? I am wondering if you are a bad girl.

What I want to ask you is this, what about your future? Are you concerned about that? I am not telling you to go back to the other man.

But what I am encouraging you to do is to try and go back to school and work on a career. Right now, you are wasting your time on just having fun, but you need an education because without an education or some sorts of career, you are not going to be able to take care of yourself, and you will always have to rely on men.