Money is my woman’s middle name 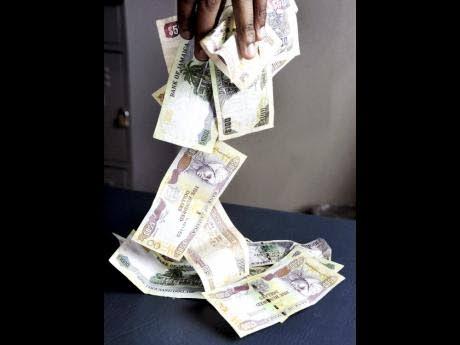 Good day to you. I drive a bus for a living, and I have to work very hard because I have one child in high school and one doing her first year in university. I had these two children with two different mothers. The mother of the one in university is very understanding. My daughter lives with her, and the mother is working. She told me that I should not stress out myself when I do not have any money.

I am living with another woman, and money is her middle name. The daughter who is going to high school, her mother is married, and she (the mother) comes to me for money every week. I try my best to give her what she wants. The man her mother is living with said he doesn't want to see any man come to his gate. He threatened me already because I went to the gate and blew the horn to call my daughter, and he was there.

When he realised I was at the gate, he started to curse some bad words and told me to remove from his gate. I told my daughter to tell him that I have my cutlass sharpened. Because of him, I do not go there at all.

My daughter told me that every time this man is fussing with her mother, he brings up my name. I don't know why, because I broke up with her mother soon after the child started to go to primary school. She used to visit me and sleep over, but she was a very lazy woman, and she wanted money for everything she did for me. Excuse me, Pastor, but even when I asked her for a little sex, she told me I had to pay for it.

This one that I am living with loves money too, but she doesn't demand money for sex, because I told her that women who ask for money after sex are no better than the girls who are on the 'back road'. She is a good cook and she takes care of the house. My mother likes her. They are good friends, and she would do anything for my mother.

My mother was not well, and she encouraged me to go for my mother and bring her to the house. She took care of my mother. She did everything for her until she got back on her feet. So, sometimes when I think of leaving her, I remember her kindness to my mother. She told me that we should start going to church because she would love to get baptised.

She is working on me through my mother. She doesn't know that my mother's name is in my bank account. I have a piece of land, but I am still paying for it. I am planning to build a house on the land. We don't have any children together, but whatever I have is for my children. I am not too sure if I want to marry this woman. Any suggestions?

Let me begin by asking you this question: Do you know whether this woman has any money saved? Where is she putting her money? You say money is her middle name, so what she wants from you is money. You should be reasonable. If a man is living with his woman, he should be prepared to give her money. Even if she has a job, he should offer her money, and he should be fully responsible of taking care of his home. I don't mean to imply that his woman should not contribute to the house. That is not what I am saying. Some couples go half and half in everything.

If the woman is going to supermarket or just to shop, whatever she spends, some men will give her back half the cost. Some of us, who come from the old school, shop and never ask for anything from our women. When I counsel couples, I tell them that it is better to have a budget and to pool money to meet the expenses of the house. By that way, they will be doing everything together, including paying for electricity, water, etc.

For the women who are not employed, the men ought to pay for everything. That, however, can become very burdensome, so women need to seek employment and help to support the home and themselves.