My woman got pregnant for another man twice 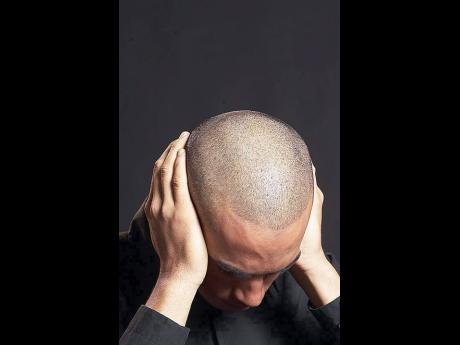 I am a regular reader of your column. I am in farming. At nights, I also enjoy listening to your show. It is my company at nights. I grew up doing farming. I have a girlfriend. She and I grew up in the same neighbourhood. We went to the same schools. She was my first girlfriend, but she had more exposure than I did.

The first kiss I ever got from a woman was from her. She used to tell me that I was too shy. I wasn't too shy to tell her father that I loved his daughter. I could go to her house and leave at a reasonable time. She applied for college, and I helped her with the little money I had. I was very proud of her.

After her first year in college, she came home with a stomach. The people in the community mocked me and said that my girlfriend gave me bun. I had to lie and tell everybody that she was carrying my child. She told me she was raped. But after she saw my reaction, she told me she wasn't raped. She said the guy forced himself on her.

Before she went to college, we had sex and I took her virginity, so I forgave her. Her parents kept the baby, and she went back to college. Now she is pregnant again for the same man. Don't you think this is a wicked girl? I paid for her to go to the hospital and I bought things for the baby, because according to her, she didn't know where to find the man. But how did she find him again and allowed him to get her pregnant again?

My aunt said that this girl had done something to me so I can't leave her. I still love her. This time she said the guy didn't force her, but the condom burst. She is a nice brown-skinned girl. Sometimes when I go to bed, I could see her standing before me.

My brother curses me all the time, and tells me that I am a fool to spend my money on her. I know all women are not the same. She registered the first child in my name. But this one was registered in her name. You can mention this on your show because I would like to know how other people feel about it.

You might have tried to convince the people in your community that you impregnated this young woman who left the district and went to college. You said that to take shame out of your eyes, as country people like to say. But, they are not fools, and right now, you should just admit to yourself that this young woman is bad.

She is trying to get an education, but she doesn't have good morals. She said that the guy forced her to have sex with him. Now, if he forced her to have sex with him and impregnated her, what did he do the second time? Man, this girl is just a liar. And it would be very silly of you to continue to look at her as wife material. Let her stick to the man with whom she enjoyed having sex.

If you push the issue and marry this woman, she would give you a lot of 'bun'. Because every time she is out of your sight, she is likely to find the man who got her pregnant twice.

You are a good man. Don't let down the men from your area by allowing this woman to make you look like a big fool.