He wants me to send him nude pictures 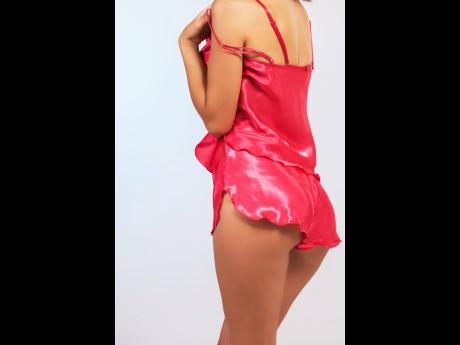 I am 25 years old. I became friendly with this guy who turned 37 in December 2018. We live in the same community.

I have known him for about 15 years, but have never spoken to him like everybody else. We are both shy.

I would see him some mornings going to work and we would only say "Morning", that was all.

He went abroad on a work programme and when he came back, he started to carry people to and from the town area to our rural community, and that's how we started interacting.

One night, I was out in the town late. I wanted to get something done, but I didn't have any vehicle to carry me home afterwards.

I asked him for his number and told him I would give him a call if I didn't get a ride. I got a ride and didn't need to call him.

He had my number and would text me from time to time to ask if I was OK. I would reply, but it would be formal.

I was surprised to see him texting me, so I asked him why he would text me just to say hi when he would see me almost every day. He said that he liked me.

I was in a relationship at the time and he knew, so he didn't push anything too fast. He was to go back abroad in March and he said that he wanted us to have sexual intercourse before he went away so he would "have something to hold on to". I told him no.

My relationship ended the first week in March, but even though he left in the last week of March, I didn't say anything to him until he was overseas, because I didn't want to rush anything. We would video call and text almost every day. I've got to like him.

I'm not the type to take them, much less to send them to someone. He said he needed them to look at because he can't see me in person.

Men would normally ask me for nude pictures and I would not send them any. I would stop texting them.

He has ambitions and I like that about any man; and he says he likes me because I'm intelligent and smart.

I would say that we are on two different pages, because I feel sometimes that he wants to rush things for sex, but I'm not quite ready for another relationship.

I know men can be very persuasive when they want sex and try to fool females to get what they want, but I don't know if I can trust him with his words.

He is supposed to come back in August or November. I think maybe at that time I will be ready for a relationship based on phone conversations we may have.

What do you think about the idea of girls sending nude pictures to men? Do you think I should give him a chance in my life?

I suggest that you don't go further with this relat ionship. This guy doesn't mean you any good. His main intention is to get under your skirt.

You should tell him no, you are not interested in hi m. What you need is an education. He is very out of order.

If you were to take any picture at all with him, regardless of the occasion, he may splash them all over the place.

Don't be fooled by the fact that he travels and that he has a vehicle. Don't ask him for favours. This man takes you for a fool.

A man does not have to see nude pictures of a woman to remember her. I repeat, drop this guy as a friend.