Foul-mouthed woman nearly beat me over her man 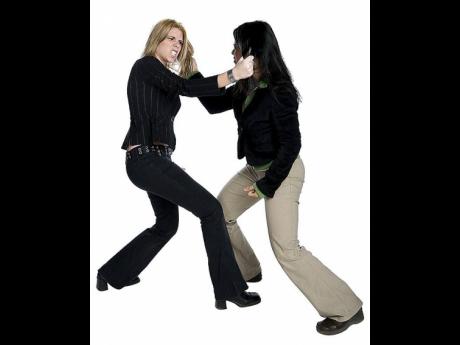 I have a boyfriend. When I met him, he told me that he had a girlfriend, but they were not getting along very well because she was very bossy and she tried to push him around.

He also said that he didn't trust her very much. When I met him, I was 19 and I was going to evening classes to try to get more subjects. I would love to be a nurse.

He promised to help me. He told me that the relationship he was having wouldn't affect whatever we did together.

I had to swear that I wouldn't make any trouble. He didn't tell me at the time that he was not living in Jamaica.

He eventually did. I asked him why he didn't tell me and he said it was because some girls only want to hear that a man lives in North America and they pretend that they love him, but only want his money. I am not like that. He said he wanted to meet my mother, so I introduced them.

My mother wanted a stove and he bought it for her. Every day she talks about him. Well, Pastor, this man was here during Christmas, and it was pure drama.

He heard that his girlfriend was cheating on him with one of his friends. She said nothing went like that. He spent time with her and some time with me.

One night he decided to spend the night with me at his grandmother's home. He lied to his girlfriend and told her that he was going to be in the country.

I went to stay with him and while we were in bed, his girlfriend came and she knocked on the window. He didn't answer.

She climbed up and peeped through the top window and saw the both of us in bed and she called out to him. He got up and told her to keep quiet and don't disturb the neighbours.

His grandmother woke up and opened the door and the girl came in. He had to hit her because she wanted to fight me.

He told her he was done with her because he was told that she was having sex with his friend.

Right before his grandmother, she said "Yes, I gave away my vagina because you are giving me bun." I was so ashamed.

Pastor, this girl threatened me and told me that if she can't get him, I can't get him either. Do you think I should continue this relationship? He has gone back to the US, but he sends me money every week.

I can't write and tell you how this girl describes me. Now she is saying that she didn't cheat on him and it was because she was angry why she said that.

He should have totally ended the relationship with her and not give her the impression that he didn't have anybody else in his life.

That is where he made the mistake. By not breaking off with her, she felt that she had a right to visit him even when he was not expecting her, or to track him down wherever he is.

You have not said whether she left that night, but I would say to you, you need to apologise to this man's grandmother for what happened in her house.

You may say that you did not cause any uproar, but at least talking to grandma about it would show her that you respect her, and you should encourage your boyfriend to do the same.

I suppose he has already done so.

This guy should never continue the relationship with this woman because she is disrespectful. That is not the way how a woman should behave in front of a senior citizen.

We cannot put in print some of the things that you have written that she said.

I hope this young man means you well. Do not respond to anything that this girl may say to you. Insist that this man make a clean break from her.