My man believes I slept with someone else 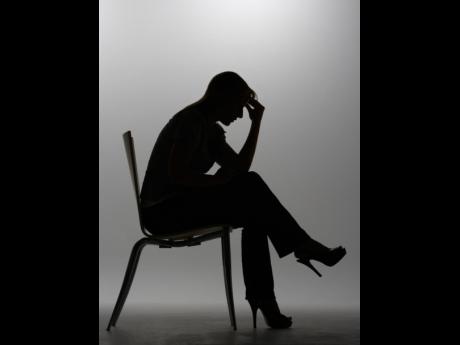 I am a regular reader of your column, and I would like you to help me. I have three children, and I am living with their father. He promised to marry me many times, but he has never carried out his promise.

I am 35 years old. I went to America for one month, and I went to church. I met a Jamaican man who is 50 years old. From the time the man saw me, he told me that he fell in love with me. He got married before, but his wife has died. He took me out. He tried to discourage me from coming back to Jamaica, but I told him I had to come because I am living with my children's father, and I did not come to America to stay.

When I came back to Jamaica, I told my children's father about this man. Every time we have an argument, he is cursing me about this man. He does not believe that I did not go to bed with this man.

Pastor, I could've gone to bed with this man, but I wanted to be true to my children's father. Sadly, he can't believe that.

This man in America has his own home and two cars. One of his daughters is living with him, and he introduced me to her. She told me that I should take care of her father because she got a new job and is moving out of State and I would suit him. I did not have to tell my children's father about him but, pastor, I did.

I told my children that I am going to leave their father because I don't like the way he is treating me, and he told them that it is because I found a man and he doesn't have what the man has to give me. I don't want the opportunity to pass because every day the man calls me and asks me if I have made up my mind to come back. I want to hear what you say, so please answer me in THE STAR.

Your children's father does not appear to be the type of person you can reason with. He cannot see that you did not really have to tell him about this man you met in America, and he has refused to believe that you did not go to bed with him. It is unfortunate that after living with him and building a family, he is willing to treat you disrespectfully. He believes that you went to bed with this man and nothing you tell him will cause him to change his mind.

Hear me now, if you believe that there is a bright future for you with this man and that your children's father will continue to abuse you, and if you know that you truly love this man and he loves you, I suggest that you accept his proposal and move on. Your children will understand. If you were to marry this man, you should try to get them away if that will be their desire.

I do not wish to destroy family life, but your children's father is behaving as if he will never trust you again. And from what you have explained, you have not done anything wrong.