My man caught me having sex with his friend 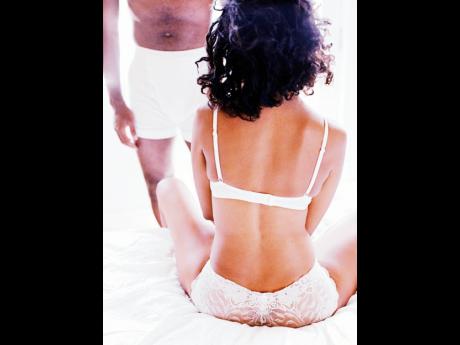 This is the second time I am writing to you and I hope that you can help me. I am 23 years old and I have a problem. I have a boyfriend who is 25 years old. He caught me having sex with his friend. I went to the river to wash. His friend came by and was helping me to wash the sheets. Some other people were there, but they didn't have a lot of things to wash. They washed, spread their things out to dry, and some bathe and left.

This guy and I were the only ones around. I must say that he always liked me, and I liked him too. When my boyfriend was away, we fooled around a little, but it was not a permanent thing. He would come by the house, and we took our chances. When I was going to the river, I told my boyfriend, and he said he had to go to the country to help one of his friends because his car had broken down. He was going down there to see if he could get the car repaired and travel back with his friend. He told me he wouldn't be back until in the night.

This other guy was helping me to wash. When we were finished and we spread out all the clothes, we walked up to a little area where there were some trees. We started to fool around each other. We were sure that we looked around and didn't see anybody. But my boyfriend came by and did not make himself visible. He saw my slippers, so he knew that I was around. He walked up and spotted the guy and I having sex underneath the trees by the riverside.

He called out to both of us. He started cursing and told the guy that he was having sex with his woman. He held on to the guy's pants, and I had to beg both of them to behave. I told my boyfriend that it was not the guy's fault, it was mine. I started to cry. That is when he let him go. My boyfriend had a long knife in his hand.

Pastor, I am going to tell you the truth, I always liked the guy. If I need help and my boyfriend doesn't have it and I ask him, he gives it to me. I was so nervous and confused. When I was trying to separate them, I forgot to put on my underwear. I went home without underwear. I am now three months pregnant, and it is for this guy because my boyfriend and I have not had sex since he caught me with the other guy.

My relationship with my boyfriend is finished. I have ruined my life. This guy told me that we can get married. Do you think that I should accept his proposal? This is my first child.

You made a mistake. If your boyfriend did not see you in the very act, you probably would have given him the impression that he impregnated you. But you can't do that now, and you know that he hasn't touched you since he caught you having sex with this other man. I suggest, therefore, that both of you should go to a family counsellor.

You are old enough to get married. If your boyfriend has not told anybody that he caught you having sex with another man and you haven't said anything to anybody, it would be easier to deal with the problem.

I am sure that you regret what has happened. But although this man has proposed to you, don't be in a hurry to marry him. Time would tell if you truly love him. People who know that the other guy was your bona fide boyfriend may wonder why you have switched, and they may condemn you. But I hope that your present boyfriend will not let you down and spread the news around that he caught you having sex with his friend. I wish you well.