My brother is about to make a big mistake 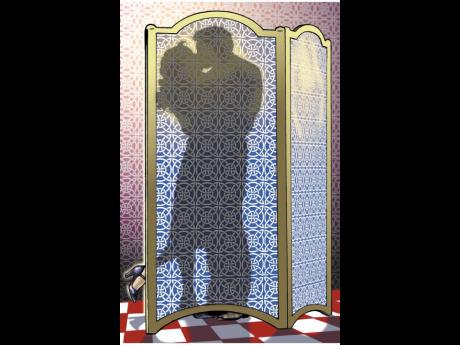 I would like your opinion. I have three brothers and one of them has a girlfriend. My brother loves her so much, but this girl was never satisfied with having one man. She used to always go out, and she got pregnant. She told my brother that he was the one who got her pregnant. I told him not to accept that child because she had other guys. My other brothers told him the same thing, but he told us that he believed the child was his.

They rented a place and moved in together. My brother went abroad, but he is supporting his child. The child doesn't look like him or anyone of us. And we know that she is still going with other men. We can prove that. I went to her house recently, and while I was there, a man came to see her, and when he saw me, he said he did not know that she had company. He said he was just passing through and she told him to call her whenever he was coming.

My brother is not listening. The child is three years old now and my brother is planning to come to Jamaica and marry her. I know he is making a big mistake. What advice do you have, pastor?

What I am about to tell you, you may not like, but I will say it nevertheless. I want to tell you to get out of your brother's business. In other words, mind your own business. He believes that he is the father of this child. Leave him alone.

If he is not the father of the child, as far as he is concerned, it doesn't matter. He has accepted paternity, and if he is not the father, when the time comes for him to file for the mother and the child, the American Embassy will want a DNA test to be done, and that will prove whether he is the biological father. So keep out of his business, sister. He is a grown man.

Even if a DNA test doesn't prove that he is the biological father, he may want to continue supporting this child as his own.

You say this woman has continued to play around with different guys. That is so unfortunate if you are speaking the truth. He may find out if that is true. It is just a matter of time.