My husband cannot get hard 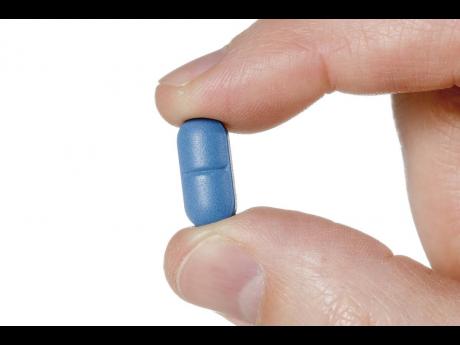 I have been reading your column before I got married. I am 27 years old and I had two different men in my life before I was a Christian. I lived with the last one and he treated me well, but his mother didn't like me.

She said I was too black for her son. Whenever she came to the house to visit him and I tried to be nice to her, she used to ask me when I was going to leave her son because she wants her son to have nice-looking children and I couldn't give him nice-looking children. And when she said that, her son was right there and he never corrected her. He just laughed.

She depended on him for everything, but she had other children. I loved him but I couldn't take the behaviour of his mother. Once, I spoke to him about the things she said and how he reacted. He said that he doesn't like what she says but he cannot get another mother, and I finished the statement by saying, "But you can always get another woman".

Pastor, I became a Christian and I told him that I couldn't live the bad life anymore, so I would like to get married and have children. He said he is still young and he was not planning to get married as yet.

I left him and went to live on my own. I met a man in the church. This man is 38 years old. He was never married. The church teaches that members should not have sex until they are married. So this man and I never had sex. We kissed a couple times, but he was always pulling himself away from me.

We had a large church wedding and I thought everything was alright. Before we got married, he paid down on a house. So we moved into our own house.

I am very unhappy because apart from living with a man and having problems with his mother, since I have become a Christian, I have not done anything out of order but my husband cannot have a 'hard'. He has not penetrated me since we have been married. I told him to go to the doctor, he told me that he has been to the doctor and the doctor gave him medication. I asked him why he did not tell me of his problem before he married me; he said that he thought everything would have been alright. I told him that he deceived me. He does not want me to talk to the pastor about our problem. I got to find out that he had another woman and the reason why she left him was because he could not have sex with her.

I cannot stay with this man if he is unable to have sex with me. Don't you think that this man should have told me about his problem before?

I am writing you for your advice.

I am sorry to hear about your problem. You say that you are 27 years old. Apart from having two men in your life, you have not played around. The one with whom you lived loved you, but his mother didn't. What she did was to talk nonsense about wanting a daughter-in-law of light complexion so that she would have lovely grandchildren and, of course, she was talking about their complexion. Too bad that so many people emphasise the importance of colour these days. You were quite correct when you left her son. Yes, he loved you, but he made it clear that his mother controlled him.

This churchman is a big disappointment to you. He knew that he had a problem. He is suffering from erectile dysfunction. He said that he has been to the doctor, but the problem still exists. He should have informed you. He pretended that he was able to function and he was under the cover of the teachings of the church against premarital sex. He is one of them who uses the Church as a cover when they know that they have a sexual problem. But that kind of situation cannot go on for very long. You need to know, right now, his true condition. You are a young woman. And while you might enjoy a little feeling up here and there, you are looking forward to the real stuff. So lay your cards on the table with this man. Tell him that you are willing to go to the doctor with him, and what you would want to see is that he gets help from an urologist.

If after you have tried and tried and nothing is happening, you may have to seriously consider ending this marriage, which is no marriage at all because, technically, the marriage was not consummated because he is guilty of not being able to have sexual intercourse with you.