My crush got my friend pregnant 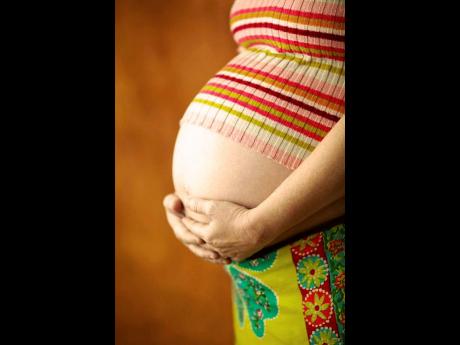 I have been reading your column from I was going to high school, but I never thought that I would have to write to you.

When I was 15, I became interested in a guy who was 17. We were just good friends. After high school, I went on to university and he went to Canada.

We kept corresponding and every chance we had, we talked to each other.

Every week, I saved enough to call him. He told me how much he loved me and I believed him.

I always asked him whether he had a girlfriend in Canada and he would say no; he was keeping himself for me, and he was hoping that I was keeping myself for him only.

I had so much confidence in him, but I didn't question him very much. I made a big mistake.

I told him that a female friend of mine was planning to visit Canada. He asked me for her number; I also gave her his number.

When she got to Canada they hooked up and went out. She was quite excited. She told me how good a man he was and how he knew how to treat a lady.

She came back to Jamaica, but she did not even advise me that she was back.

My boyfriend told me that she was back. I found it strange that she did not call me, so I called her and she said she was so busy, but she would come to see me. We used to talk very often, but her calls became infrequent.

One day I was talking to my boyfriend and he said he had something to confess to me.

He said that he got my friend pregnant and that is why she was keeping away from me. But he was asking me to forgive him because he made a very big mistake.

She forced him to have sex with her, and now she was saying that he would have to marry her because she didn't want a child outside of wedlock.

I told him that he should go ahead and marry her because I couldn't forgive him for what he did. He started to cry and begged me for another chance.

I told him that I would never trust him again. He has not agreed to marry my friend. She bought an engagement ring and has been wearing it.

She said by wearing it to work, people would think that she was engaged and was carrying her fiance's baby. She is doing some crazy things.

Regardless of the amount of tears this man is shedding, end the relationship with him. He has deceived you; and your girlfriend didn't force him to have sex with her. That is nonsense.

Both of them wanted to have sex and they did. And your boyfriend didn't care what could have happened.

This woman wanted him and he yielded to the temptation, had sex with her, and got her pregnant. No amount of tears can rebuild this relationship. Don't allow him to fool you.

This young woman has taken him away. And if you were to marry him, it is likely that he would continue to have a sexual relationship with her.

Also, the good relationship that you have had with this girl will never be the same. So tell him that he may take her for the rest of his life and you wish him well.

You will find another man. Both of these people have deceived you.