Babyfather says my child isn’t his 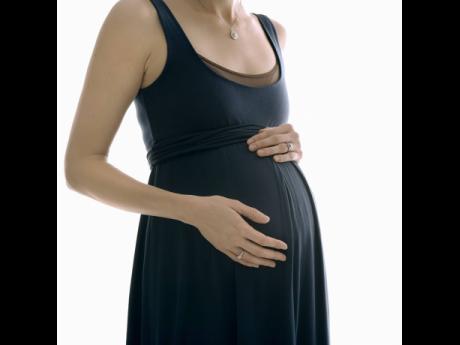 I am writing regarding myself and my pregnancy. I am currently seven months pregnant, and I am 24 years old. I was talking to this guy who at first was very sweet and our affair was going well, so I decided to leave my aunt who I was living with in Portland to live with him in St Mary.

While living with him, all went well until he reunited with his old girlfriend. It got to me so much that I got all emotional and cried. He asked me to leave his house, and I cried and packed and left the next day and went back to my aunt. While at my aunt, she noticed that my breasts and belly were a lot bigger, and I was easily tired, eating more and spitting a lot. She told me what she noticed, and I laughed it off and told her that I didn't feel different.

My aunt told me to call my babyfather and tell him that I was pregnant. I did, and he denied getting me pregnant because he pulled out. I, of course, said he was responsible because he was the only one I had sex with. He told me to stop using the pregnancy to hold him and find my true babyfather. I hung up and told my aunt what he said, and she told me to give his number to her. She called him and she talked to him, but realised it was getting nowhere and she hung up.

My aunt got angry at me and told me that I would have to leave soon. Two weeks later, I went to my father's place. He is living with his wife. My mother died because she was drinking a lot and she had hypertension and diabetes.

After I went to my dad's place, he got angry at me and threatened to starve me since my babyfather doesn't care. My father argued about this every day, and I feel sick when he does that. Either way, I let him say what he had to say, and I stay quiet since I am at his mercy. I have tried seeking a job, but I have given up since my feet becomes extremely swollen, and my fingers also.

I was once seeing a big man from the area who promised to help me, but he hasn't called me since I decided to stop do all the reaching out, and he did not fulfill his promises. I saw him pass by with a next woman who didn't look pregnant. I was feeling so bad. Even though it was hard, I let him go. I promised myself never to date a man during the pregnancy but to work and save little by little.

Pastor, all I want to ask is where can I seek a job while I am pregnant. Anywhere in St Thomas or close by will do. I am so tired of bearing hunger, tired of being used by men and want to make a good life for my baby and I.

The man who got you pregnant sweet-talked you and convinced you to come to live with him. When he was tired of you, he kicked you out, and then he refused to accept paternity. I am sure you understand that your aunt did her best for you, but she was not prepared to have you back in her house while you were pregnant.

In desperation, you became sexually involved with another man who was prepared to use you. He made his promises but never fulfilled them. I can understand how difficult it is for you, and I hope your relatives will try to help you to prepare for your baby, which is only two months away.

You want to get a job, but it is not going to be easy to get a job while you are pregnant. I am sure that I can make arrangements with the women of First Baptist Church to help you to get some of the things that you are going to need as you prepare to give birth. You should get back to me as quickly as possible, and I will have you meet with the president of the Women's League or the senior women of this church (First Baptist Church), and they will assist you. You should also give to us your cell number. You may call us at the office. The number is 876-929-1667 or you can WhatsApp me at 876-877-1009. You have my prayers. Let us hear from you early.