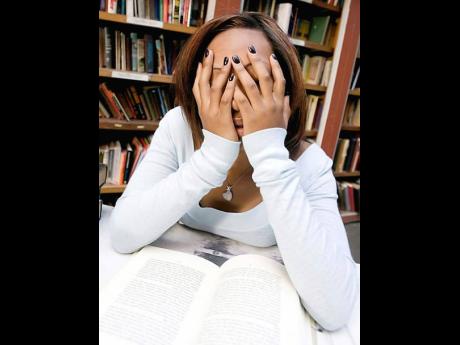 I am a teenage girl and I read your column and listen to your show. I have a very close friend who has a boyfriend. She and I are the same age. I was spending the night at her house.

She told me that she was expecting her boyfriend to come, but he was not going to spend the night with her because I was there.

I told her that I didn't have an issue with them, so she shouldn't prevent him from staying. He drives a car, so he picked us up and took us to Port Royal.

When he came back, he closed the car and came in. I asked her how come she said he was not staying. She said he would spend part of the night.

Pastor, we were eating and drinking until she said to me that her boyfriend loved me, and asked if we could give him a 'special'.

I asked her what she meant and she said the two of us could have sex with him. I asked her if she was crazy and she said right then, she felt half crazy, but she did it with another girl and him, and he liked it.

She wanted to keep her man because he gives her everything she wants. She was working in a bar and he told her to leave the bar work. So she didn't plan to do that kind of work anymore.

I felt so weird with them in the same bed. I told them to turn off the lights but they said it was better to have the lights on.

This man did everything to me and everything to her until I fell asleep. I did not even know when he left. She asked me if I enjoyed it and I didn't answer.

I am writing you because she has invited me back to her house. I told her that I was not coming and she called me a fool. I don't even want another man in my life for a long time.

I have to give myself a break because her guy was very large. I have never had sex with a man whose penis was so large. Don't call me bad because I didn't expect to fall into this situation.

I won't call you bad because you have suggested that I shouldn't. But that does not mean that what you did was not a bad thing to do.

I can't blame you for going to your friend to spend the night. Perhaps your friend was glad to know that you were going to be at her house.

You didn't have the courage to say to her that you preferred to leave. So, you participated.

I don't want you to hate all men because of the experience your friend has put you through. Not all men are interested in doing threesomes.

At present, you do not have a boyfriend, so if any man should approach you, whenever you are ready, make sure you find out as much as you can about him.

Take good care of yourself. And let me hear from you again.