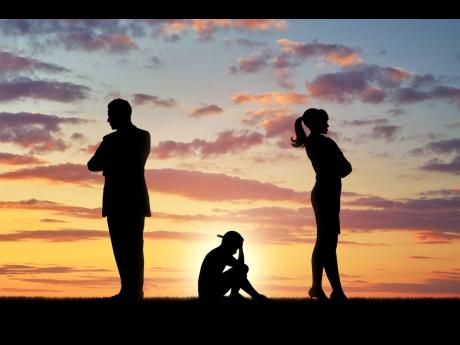 I am living in New York. I listen to your radio show and I read your column every week.

I have three children; two are out of college and the last one will graduate from high school soon.

The mother of the two who graduated from college is from Jamaica. The other daughter's mother is an American from the south.

She even hammered that into my daughter's head.

Now, my daughter is going out with a Jamaican guy. She has one year left in high school. He is the only child for his mother, and his mother has spoiled him.

The mother told him that everything she has is for him. Suddenly, my daughter thinks highly of Jamaican men. She said he took her out with the permission of her mother.

My daughter offered to pay for the food she ordered, and he refused to allow her to pay. He told her that gentlemen don't allow their dates to go 'Dutch'.

This guy and his parents would be visiting Jamaica in December and she is asking me for permission to go with them.

I told her to ask her mother and she did, and came back and said if I agreed, she may go. I am going to allow her to go just to prove to her mother that not all Jamaican men are brutes.

Some of us know how to take care of our women.

She assured me that she can take care of the sex part and that I don't need to worry.

I can say to you that many of the women who claim that Jamaican men are bad say so because they are unable to rule the Jamaican men.

Some of these women would sit and talk all day and never cook a meal for their men. They will live on fast food and even when the Jamaican men allow them to do so for a while, they get fed up and they want to eat home-cooked meals.

Many of these women just want the money and that is where it stops.

I am glad that your daughter is dating a Jamaican guy and she is happy with him. She said that she can protect herself, but you would have responsibility to tell her what to do and what not to do.

Make sure she has enough money for the trip.