Gambling my life away 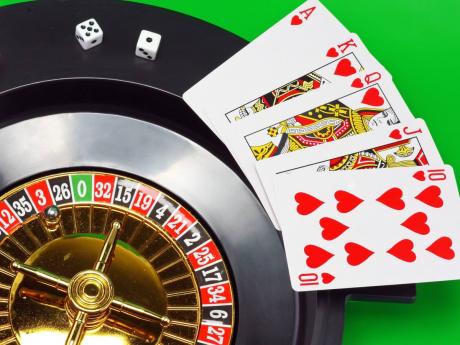 Greetings to you. I have a problem with this man I call my children's father. We have three children together. They are all boys; twins and a baby who is two months old.

From ever since I have known him, I have had a problem with my babyfather and his ex-girlfriend, but he was always saying that they were not together and she said it was over as well.

But to me, it's like they are just on and off.

I gamble and I want to stop but as a result of the darkness, I would go out with my friends. Even if I don't want to gamble, I end up doing so, and I always lose.

Most times I would come in late, like even, say, midnight, while his parents are keeping the children.

When I got pregnant the last time, his mother told him that he should do a DNA test to ensure that the baby was his because I maybe out giving him bun. I wanted them to do the DNA test. I gave birth and even though I am burning up inside, I want to lash out at them. But I just keep smiling inside for peace sake.

He is a soldier and I think his family means more to him than his own children. I can't say or tell him to do anything without his parents being included, especially his mother.

I think I should be compensated for all these years I have wasted with him. It has always been verbal, emotional and mental abuse. I can't say physical abuse because whenever we fight, I always fight back. I await your advice.

You are living in his parents' house without electricity. Why is that so? Why can't you all apply for power? Well, I better not go there, because I don't understand your circumstances.

In fact, I would suggest that you discuss your problem with a psychologist.

I am really concerned about what you are doing. Try your best to live in peace with your children's father. Be wise and always be respectful to his parents as well.