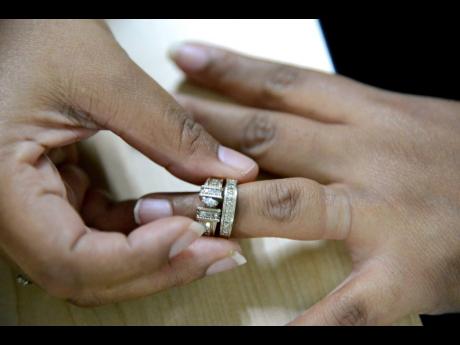 I am a regular reader of your column. I am a 20-year-old mother of two young children, who are both for the same man.

We have been living together for almost five years, but we broke up last October because I suspected that he was cheating with one of our friends.

These girls are barefaced and have no mercy when it comes to other people's partners.

I still believe that he did it, even though they both keep on denying it. I think they might be hiding because the girl is young.

He was in the US for three months before I had our last child, and when he came back, I found out that he was texting another girl and asking for naked pictures.

He tried to deny it, but I got all the screenshots from her. He didn't disrespect me other than texting other girls. Even if he had sex with someone else, he didn't push it in my face.

I can barely sleep at nights; I keep thinking about it. Last October while I wasn't living with him, I was cleaning and found something from my friend's phone wrapped in the sheet. He said it wasn't hers.

We were friends, so I knew it belonged to her. He never spends time at home; he was always at a shop near her house. There are lots of things that caused my suspicions.

He doesn't want me to leave, and I don't want to leave him, either. I just want to know that I'm not crazy for coming to that conclusion.

He has stopped going to the shop, and we have been talking about marriage. Please, help me.

This man might be talking about marriage, but don't allow that to cause you to believe that he has changed. Discuss with him the possibility of going to see a family counsellor for premarital counselling.

If this man is not making enough money to support a family, you should not marry him. He should drop his other women, and he should show you his payslips and tell you what he does with his money.

This relationship can be saved if this man is willing to work with you. Both of you need to see a family counsellor.