WhatsApp message made my man jealous 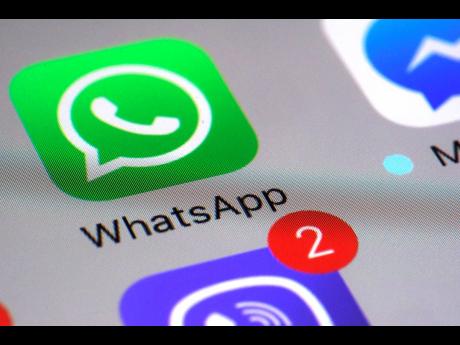 I'm 22 years old and I have one child. My babyfather and I have been living very lovingly since we have been together. We do everything together.

We are both hard-working people. Sometimes we have no time for ourselves. We argue now and then because, as you know, all relationships come with that.

We argued so much that at one point when I needed his attention after arguing, I couldn't get it.

He started to ignore me whenever we argued and I just started to think and say stuff out of context to him.

It reached a point where I cheated on him, but later, I found out that he cheated on me a month before I did. When he heard what I did, he told me that the relationship between us was over.

I told him that it was not over because we both were wrong, and being over was not an option because we promised each other that no matter what, we had to stick together because we didn't join together to be separated.

We started out again and things were not like how it should be, but I have tried my best to let this relationship work again.

I always boasted about him regardless of what happened, because from day one, he's the only guy I ever talked to that had been there for me, no matter what. He didn't leave me in need of anything.

One day, he came by my home and asked to see my phone. I wasn't scared to show him, but then I remembered that I was in a group chat on WhatsApp and we all chat about what Jamaicans like to hear about, sex.

The group was about freaks. A picture of a vagina was sent in the group and was later removed. We all debated and laughed about it, but one specific person didn't get to see it and asked for it again.

I inboxed it to him and we both started laughing and chatting. He then said to me, "No lies, I would turn you upside down and lick on your vagina."

I did something wrong; I started flirting with him. I didn't mean anything because he knew I had a man as I had told him and everybody else. But that was just how we were open in our group.

I replied and said, "I can't wait to give it to you my baby". My babyfather saw the messages and we got into a fight. He said there's nothing I could do to convince him to stay with me.

He said he didn't see a future with me and that I would never change, because he warned me that I was too friendly.

Pastor, I love my babyfather and what I told that man was out of context; I didn't mean anything. He said I shouldn't be flirting because of how I make him feel and look afterwards.

I told my babyfather I didn't need anybody else in my life but him. He knows I love him, but he said he's tired of talking to me about being friendly.

Pastor, please help me. I need to fix my relationship and get my family back again. I'm willing to do everything and anything to fix it. I love him too much and I don't want to lose him.

He cheated too, but both of you tried to get back together. A lthough the relationship was not solid, both of you were working on it. You ought not to have been in such a group and entertaining such filth from any man.

Whether or not you meant what you said, it would be extremely difficult for your boyfriend to believe that you were just joking around.

Frankly, you are goin g to have to prove to your man that you are not a bad girl, because that is what he sees you as right now.

Perhaps both of you can make an appointment to see a family counsellor. But right now, I could not suggest to the young man to embrace you and to think of you as his future wife.