Cursed my dead mother-in-law after my man cheated 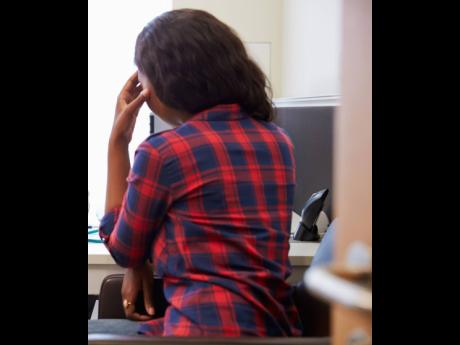 This is my second time writing to you, as I wrote to you less than a month ago. The truth is, I'm trying to change and react to things differently.

I would love if you could help or advise me on how to deal with emotions, especially from horrible relationships.

After my spouse confessed to cheating on me with someone I knew, he is going to have the audacity to tell me it was my fault.

I asked for his phone and went through it and saw messages that stated otherwise.

Pastor, it took three bottles of wine, one Hennessy, one Amsterdam and just a bottle of juice to vent.

That was never the way I wanted to go but it ended up. I just had to because I was so hurt and just needed something to push him further and get things off my chest.

Life is indeed a journey, Pastor. I was recently mourning with him before I found out this. He recently lost two close relatives.

His mother was killed by thieves and I rubbed it into his face. I even wished he was dead. He drives and I even said I wish he would crash and break his neck and die.

That is how I felt. I knew the dead mother comment would have hit harder and closer to home. She was a Christian and I even referred to her as a whore, and told him the killer did a good job, which I really didn't mean.

But for some reason, under the influence, it just felt good; but honestly, I'm just tired of getting the crappy end of the stick.

This man knew the road I've been down. Loyalty goes a far way with me. I promised to even go as far as slitting his four car tyres, but I don't think I'll continue to do so because I think I've said enough.

We are even now. I kind of feel relief as I just wanted him to feel hurt and I promised never to apologise for it. Please, pray for me because it's not a nice feeling after saying these things.

I sure know if I was nearby when I said all these things to him, I probably wouldn't be here texting you.

I'm really trying to change but I come across these dishonest, hurtful men and I have just started to grow bitter.

I would not question whether indeed you have been hurt by men. In fact, I believe you. Nevertheless, you have to learn to deal with anger. You need anger-management therapy.

Therefore, I suggest you call a family counsellor and make an appointment to meet with him or her for sessions.

This man told you hurtful things. In fact, he blamed you for his cheating. Men do that to women all the time.

But you went too far, much too far, by telling him that you wished he would crash and break his neck and die.

That is a very wicked thing to say to a man. And a good man would not continue in a relationship with any woman who would wish him to experience a very traumatic death.

So, in a real sense you are fortunate that he is still around with you.

Now, if you rather this man be dead, you should not pretend that you love him. Having said that, let me still urge you to seek professional help. You need to do so as early as possible.