My stepmother is only four years older than I 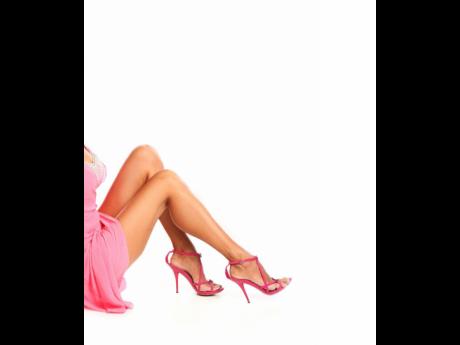 I am 16 years old and I am living with my father and his girlfriend. I can't call her my stepmother because she is only 4 years older than I. My mother died 5 years ago.

About a year ago, my father introduced this girl to me and told me that she is his girlfriend and that she wants to come and live with us. I asked my dad why, and he said he loves her and she does not have anywhere to live.

I told my dad that he should look for somebody who was older and he said that an older woman would try to rule him and he doesn't want any woman to rule him, and he is sure that I would not get along well with an older woman. I don't have any problem with this girl, but I suspect that she has another man with my father. If she is talking on the phone and I am passing, it is like she switches the conversation.

I don't know if I am talking sense to you, Pastor, but I think she is cheating on my father. I don't want to tell my father what I suspect, because she and I get along well.

Since she is here, my father does not use the day's worker anymore; this girl does everything. She cleans, does the washing and everything. The only thing I wash for myself is my underwear.

My father pays her like a helper. I told her to ask my father to send her back to school and she did. My father told her she has to prove herself to him for two years.

I don't want to get my father upset with me because when I told him that she is too close to my age, he said it is what he likes. I must make sure that I hold my position as his daughter and she must not know everything about us as a family.

My father gives her $8,000 every week. She deserves more because she does everything for us. He is sending her to learn to drive because he wants to buy a car for this girl and me. I would love to have my own car, but I am not old enough as yet.

Pastor, should I tell my father that I suspect that she has another boyfriend?

I suggest that you keep your mouth shut. You are not sure that this young woman is having a relationship with another man. If she is at your house every day and taking care of it and your father and yourself, what time will she have to be playing around with another man?

Please don't misunderstand me; I am not saying that that is totally impossible; I am just saying that what you may be thinking might not be so.

If she is talking on the phone and you are passing by, she may indeed try to change her conversation, but that does not m ean that she was talking to a man. She could be talking to a relative or so. But whether it was a man, it does not mean that she may be intimate with that man.

Concerning this girl's age, your father is comfortable with her. He is a grown man. You might think that he has made a mistake; perhaps he is not serious about this young woman. Perhaps he is just playing around for a while.

On the other han d, she pleases him. He sees her as playing the role of a helper and a lover. So, he considers this affair with sexual benefits. He tells her that she is his girlfriend, but he is paying her as a helper.

I do not believe that this type of relationship would last for a long time. You did not give your father's age. I am assuming he might be in his late 40s or his 50s, I don't know. I repeat, do not tell your father what you suspect, you might be wrong. But if this woman has a man, your father would not take kindly to it.

So, keep your mouth shut. If she is being unfaithful to him, it would be just a matter of time before he finds out on his own.