Need to get away from my boyfriend 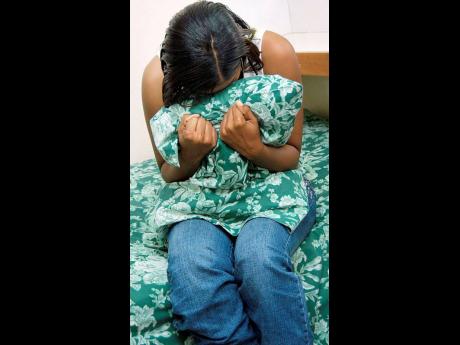 I am a 22-year-old female and I am a regular reader of your column, and I thank you for the advice indirectly given to me.

Today, I write to tell you that lately I have been feeling so down and angry yet hungry to improve myself.

I have been with a young man for almost five years and we live together, but the house is not his.

We have had quarrels and they have all been about his ex-girlfriend who dumped him.

She is trying to get back with him, and based on the argument, it's obvious she knows about me and doesn't care. He still leads her on. I do not know if they are having sex.

Our last quarrel that included her was last October. I confronted him about something and he clearly stated I was wrong for answering his phone.

I told him it was fine, and even though we were living together there wasn't much said. One night he jumped up and beat me until I was unconscious.

I tried to leave and he stopped me. In truth, I had nowhere to go. I don't have a father. I can't stay with my mom and there is no one else.

My salary would not be able to pay rent and other expenses. I do save, though.

Recently, we had another argument and it's like I have given up, so I don't converse with him much and I think I'm starting to dislike him every day.

He has been very clingy and doing stuff I'm not used to. I don't know how to accept these actions and so my reaction is cold.

When he talks to me, I answer him aggressively, and if we get upset and I'm sitting at a distance, I start thinking that he'll harm me.

I think my feelings for him have gone on a flight with a one-way ticket. I still cannot move right now and I'm imagining that I will have to endure this for a while longer, and I don't know how much longer I can take it.

Whenever I lie down beside him at night, I place myself at the edge of the bed and it's like every nerve in my body stands at attention and I get hot and feel like I'm in panic mode.

I don't sleep as well as I used to and almost every day I feel I need to break something or scream until I have no voice.

I feel alone and depressed. He cannot assist me in any way to go to school or anything. We live at his friend's place.

I really wasn't with him for money or luxury. I think our time has come to an end. I have done so much for this man.

When he was sick, the sight of him would have scared the dead, and I still stuck with him until he was better. Right now, you could never tell it was the same man.

Gosh, I'm so angry. I need some time away, some alone time. When I'm not around him I feel so much better.

I sent myself to several small institutions to better myself, and I would love the opportunity to work overseas or on a ship. I am now qualified but have no job.

I want a way out and a better life. I need a way out from him and a change. I do not know how to move or get out of this dark cloud. Please, help me.

You have not been able to find a job and you say that you do not know anywhere to live because your mother cannot accommodate you.

However, I will say to you that if you are determined to leave this man, you can.

Put an ad in The Gleaner for a live-in job. At least, you would have a place to stay until you are able to get the job that you would really like and be in a position to pay your own rent.