Babyfather gave me bun and I gave him back 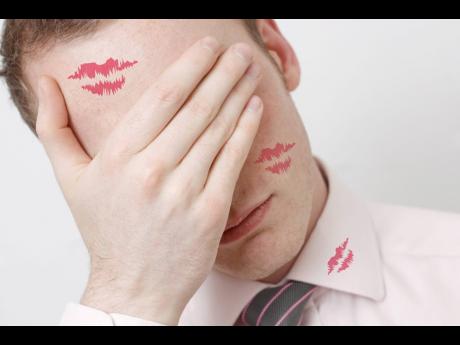 I am 29 years of age. I am stuck in a difficult situation and I need your advice. I have a seven-year-old child.

His father went away to the US and when it was time to come back home, he stayed and told me he was going to look a better life for us.

So, he ended up staying for four years and got his papers. But while in the process, he got a child over there, and it makes me very angry and unhappy.

When I heard about that child, I totally lost it. I am no longer in love with him. He put our child on the filing and he came to visit him.

He wants a relationship, but I don't think I could be with him again. During that time, I had a high-school friend. He's basically my best friend.

We would talk about anything. He is currently attending university.

One day we decided to meet up, so we had lunch and after that I followed him home. I went into his room and we were talking and shortly after we started to make love.

We started to hang out more and we gained feelings for each other. I don't know what to do.

I love this guy, but my child's father wants to marry me and take me to the US. I don't know how to accept him after he had sex with someone else and brought forth a child.

I don't want to hurt my friend's feelings either.

You said that you don't know how to accept your child's father after he had sex with another woman, and as a result fathered a child.

But look, madam, you have had sex with another man. The only difference is that this man did not impregnate you.

Would you like your child's father to stop showing interest in you and withdraw his proposal to marry you because you had sex with another man?

I understand that you felt hurt when you became aware that your son's father got sexually involved with another woman and produced another child.

Tell him you have a new man in your life. But this sex thing that you are mentioning doesn't make sense because you have done the same thing.