Want to get remarried after wife ditched me 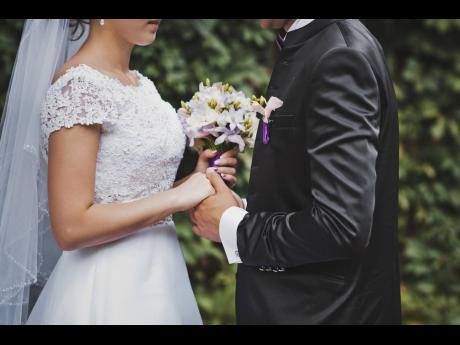 I am 40 years old and the father of two children that I had with my ex-wife.

My wife and I used to have a good life together, but she had 'foreign mind'. She went to the US and did not come back.

Before you know it, I realised that my wife had filed for a divorce. I kept my children, supported them, and they love me. I did not go to the US. I stayed in Jamaica.

My wife had a good job in Jamaica, but she allowed her relatives to lead her astray. She got married and she sent pictures to the children.

Now that marriage has broken up and she is accusing a Jamaican woman of getting involved with her husband.

Pastor, the house that we are living in belongs to the both of us. But I want to get her name off the title, because I would love to get married again and I can't let her name stay on it. After she divorced me, I had several women and one of them led me to church. So, I am now in church and I would love to marry her.

My children love her. She has one child and we all live as a nice family. My ex-wife told me on the phone that I had no right to carry a woman in her house.

I told her the woman has more claim on the house than her. Don't you see that my ex-wife is out of order?

Whenever she calls, the children talk to her and she questions them. My daughter doesn't tell her much about me, and anything she says, my daughter tells me.

But my son talks to her a lot. My children want me to get married. The church is not tolerant of divorce, so we have this idea that we would ask you to marry us.

Pastor, give me your advice, I need it.

I am sorry to hear that your wife ended the marriage because she felt that she was not making enough progress in Jamaica.

Many women have done exactly what your wife has done. They go abroad on vacations. Their relatives encourage them to stay, and so they do.

They tried to get their partners to join them, but many times the men refuse to go. But men have done the same thing. They go abroad and after being there for a while, they tell their wives that they are not coming back, and then divorce them.

Y our wife was in a hurry. She divorced you and she got married again, and that marriage has not worked. You want to get married again, and if you are really in love with another woman and you believe that both of you have a future together, you should.

Although I appreciat e your letter the person you should be talking to is an attorney, because the woman you wish to marry does not want to live in a house that is partly owned by your ex-wife. So I would urge you to get this matter straightened out and let your ex-wife have what is due to her. Do so without delay.

Concerning the remarriage, churches differ on that. I will be quite willing to help you whenever you are ready.