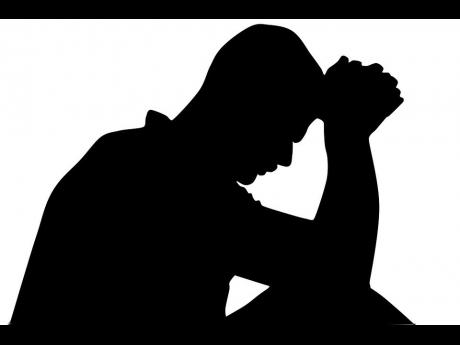 I am 19 and I had a girlfriend. She is one year older than I am. I am living with my grandmother and she used to visit me.

She used to say that what I was giving her was not enough, but my grandmother had bills. She only had my mother to help her. So, I pay the light bill and help to buy food.

My girlfriend and her people were not getting along, so I asked my grandmother if she could come and stay with us, and she said yes.

After she started to live with us, my grandmother stopped liking her because different men used to come and ask for her.

One night when I got home, a car was just dropping her off, and I asked her who was that man and she said just a friend. That night we had a big fuss and my grandmother heard us.

In the morning, she told me that I should ask my girl to leave because she didn't have any behaviour. She left and went back to her mother.

But now she is claiming that she is carrying my baby. I told her if the child was mine I would take care of it, but I don't believe the child is mine.

But it was not every time we had sex we used the condom. She asked me if my grandmother would allow her to come back. My grandmother did not agree.

If she is carrying my child, I don't want my child to live in the area where she lives. So, I am asking you for your advice.

This young woman told you that she was going to cheat. She didn't tell you verbally, but by her behaviour you should have known that she would cheat.

She told you what you were giving to her was not enough. That was another way of saying that she was going to cheat to get more money. Both of you were living together in your grandmother's house.

She didn't inform you whenever she was going out. She knew that you would be home at certain hours, so she tried to time you.

However, when two people are living together and one is going out, he or she should advise the other about it. That is just good manners.

Concerning the person who dropped her home on that particular evening, you had a right to know who that person was. She gave herself away by refusing to tell you.

Such a woman you cannot trust. Now that she has declared that she is pregnant, you should be very reluctant in accepting paternity.

But it is not something to be worried about because after she has given birth, a DNA test can determine whether you are the biological father.

If this girl was behaving properly you wouldn't have your doubts about her. I would not even encourage you to beg your grandmother to allow her to come back to live in her house.

If after she has given birth and a paternity test is done, the only thing that you should do is to support your child if you are the father.

I am sorry to know that you have got mixed up with a bad girl.