My woman is pressuring me to get married 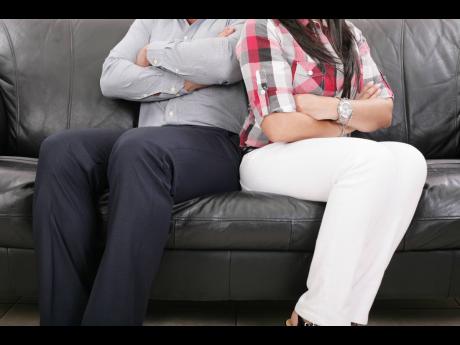 I have a situation which I can't understand. I am in a relationship with a woman. She is 33 years old and I am 32. We went to the same high school.

Every time she was having sex, it was with me. She didn't have sex with anybody else.

Once, her father chased me with a machete. Her mom had to call out to him and told him that she must have a man. I was at her house.

This young woman does not ask me for money, only for pocket change. Whenever I want sex, she tells me that my mind is too smutty and she wants to know when we are getting married.

Her mother told her that she should give the relationship time.

It seems to me that you are fortunate to be alive. If this young woman's father took up a machete and was coming after you, he probably had plans to chop you up or to take your head off. Perhaps you took things for granted. You have been having a relationship with his daughter from you were both in high school.

Both of you were just teenagers and that has continued for all these years. So you were fortunate that the man stopped after your girlfriend's mother shouted at him.

Perhaps the young woman has got tired of going to bed with you. Perhaps she has seen that the relationship is not going anywhere.

But you are probably upset because she asked you about marriage. She has a right to want to know. Why is it OK for both of you to be having sex for so long and you have not proposed to her?

The young woman is frustrated and she probably feels that if you are not going to marry her, it is time for her to drop you and hope that another man would propose and, indeed, marry her.

Young man, this woman's mother likes you and that is why she told her daughter to give you time. But I would say to this young woman, you don't deserve any more time.

You have had the best years of her life and you are taking everything for granted. She should kick you out of her life.

She should not just continue to have an intimate relationship with you, because time is rushing by.

You mention the profession that she is now pursuing, but I am not going to say what it is. She is a very ambitious woman, and I congratulate her and I wish her well. She is not a fool.

So I say to her, if you are not going to marry her, she should kick you out of her life and she should do it now.