Not sure if I should remarry 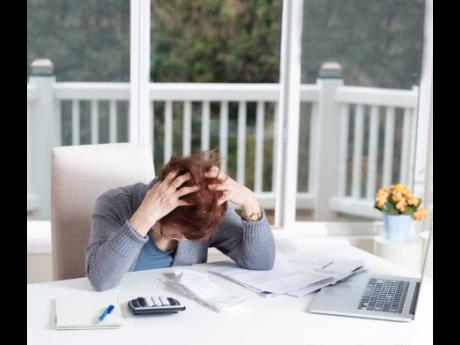 My husband died five years ago and I have been living alone. My children are in Canada. They want me to live with them, but I want to stay here.

I am 64. I miss my husband, but I have got accustomed to not having him.

There is this man who comes around. He has his own home and he is a widower. I don't want any money from him because I am fairly well off.

My husband did not die a poor man, and I am a pensioner. My only problem with this man is that he is very freaky and too strong for his age (63).

I used to attend church often, but since this man has come into my life, I don't go as often. Before we got together, every time he called me on the phone, he used to tell me that he wanted me.

I kept telling him that I couldn't go to bed with him and I didn't even know him that well. One day, he just showed up at my house and I refused to open my door, because I did not know who might have seen him.

He stood there talking to me until finally I told him to come in. He was here with me until very late.

I told him that I wanted to sleep so he should leave, but he wouldn't. He slept at the house, but I did not sleep with him.

By about 4 a.m., I woke him up and told him that he should leave. He did not leave until daylight. Since then, I talked to my friends and they asked me if I loved him; I told them yes.

They said I should not worry about what people say. My children told me that if I loved this man, I should marry him, but I should be careful and make sure that he doesn't have another woman.

This man is very clean. It took me three months before I agreed to have sex with him. He wanted me to live at his house, but I prefer that he lives where I am.

I told him to rent out his house and come and stay with me. But he can't because his daughter and her child live there.

Since my husband died, I hardly cook. This man is retired, and he eats three or four times per day. He does the cooking because he likes to cook.

Now that we are having sex, he wants us to do it too often. I would like you to meet us because I am not sure about him. With him around, I don't feel as lonely as before.

I am not going to tell you that you should not have this man in your life. At your age, you believe that you have biological needs.

This man has worked himself into your life. He did not take no for an answer.

It is sad, however, that because of him, you have not been going to church often. I don't get the impression that this man has told you not to.

Perhaps you feel that because you have been sleeping with him, you do not feel that it is right for you to attend church. You should not have stopped attending church.

I sugg est that if you know for sure that this man is not fooling you and he is not with you for what he can get from you, and if your children have no objection, you may consider marrying him.

One can never know for sure whether a relationship would work. But I would further say, take the risk. I wish you well.