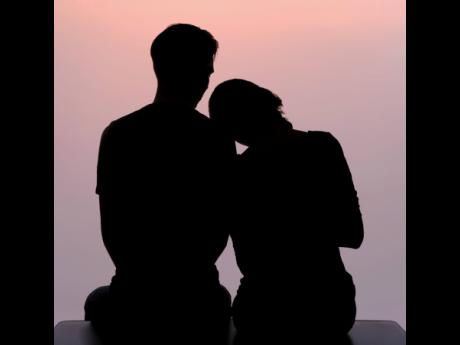 I am a 21-year-old woman and I am having a problem. I am living at home with my parents and one of my brothers. I have only had two boyfriends in my short life.

The first relationship lasted for one year. He was so loving and caring. When he told me he was leaving Jamaica to study abroad, I almost broke down.

He told me that he had found another girl, so I should try and forget him. I got involved with another man; he is divorced. He is 15 years my senior. He is half-white. My parents, especially my father, love him.

I love him but not as much as my first boyfriend. This man wants to marry me, but I do not love him enough to marry him.

I am still hoping that my first boyfriend, who is living in the US, would propose to me. I called him and told him about my present boyfriend and that he wanted to marry me.

I asked him for his advice and he told me to do it because as things are looking now, he will marry the girl he has in the US.

Pastor, this older man comes to our house and stays as long as he wants. He has even slept with me and my parents said nothing. My first boyfriend was never allowed to stay over.

What is bothering me is that this man likes to shower me with gifts, and I believe that my parents love him because he comes from a very well- known Jamaican family.

He can do no wrong for my parents. If I am hurt about anything and I say it to my parents, they would defend him.

I want to go back to school and when I told the man, he told me I do not need formal education and he can take care of me. Sometimes when I am in my bed and I should be thinking of him, I am thinking about my first boyfriend.

I told my first boyfriend that I am going to take a trip to the US just to see him, but he has discouraged me; I feel so rejected.

As I see it, the biggest problem that you are having is that you do not love your man friend. Perhaps you became intimate with him because you saw him as one who was filling a gap.

Your first boyfriend was a great guy and he did not fool you. When he realised that the relationship would not work, he told you and you have not been able to deal with the loss.

So when your present boyfriend showed interest in you, you reciprocated, but the love you have for him is not strong; you are forcing yourself to love him.

I can tell you the absolute truth that if you do not love him, the relationship will not work well because nothing in the world can buy love, not kindness, not houses and lands or money.

Love is an emotion of the heart. I will go further to tell you, although so many women talk about men who are good in bed, good sex cannot buy love. But when there is genuine love and good sex, people would stick together.

I would suggest that you give this relationship time. You have to understand that it does not make sense chasing after your first lover. That relationship is dead as a doornail.

The guy is not coming back to you. He does not see you as his future wife, but you are in a dilemma because you don't see this man as your future husband.

The time has come for you to sit with your parents and tell them how you feel about this relationship.

They are going to say that you are silly, but the danger in marrying someone you do not love may cause you to cheat when you meet someone you genuinely love.

Having said the above, let me end by saying that your parents mean well. They want you to have the best man in the world and they believe that you have met that man.

But they will never feel what you feel inside, so do what you know is the best thing for you to do to be happy.