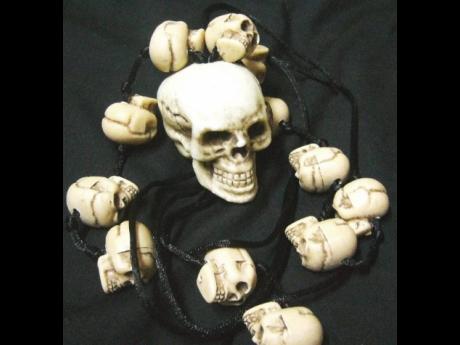 I am writing this with a full heart. I really need your advice. I am not sure if you believe in obeah or spiritual attacks, but I need help, not for me but for my friend's twin sister. I have come to a point in my life where I need to clear my conscience.

I have a friend who has a sister whom she despises. She also has another younger sister who lives overseas, whom she has placed under spiritual bind, but right now this isn't about the younger sister.

For many years now, my friend has been going to St Thomas to bind her sister and to harm her niece, her sister's only daughter. Her reasoning is that if her niece dies or is in a vegetated state, all her sister's money will be spent on her and her three children.

For years, this has worked. She leaves ornaments and oils in her sister's things and for years, her twin was taking care of her and her children, even more so than an aunt would. But the years of constant spiritual attacks have caused her sister to become very sick and weak and even sometimes to the point of death. I feel so bad that I know what was going on but I did not say anything. My friend has placed me in a bad position.

These sisters are my childhood friends, all three of them, but I am closer to one more than the others. Their mother died and left two houses behind. My friend was the one who stayed at home to care for her mom while the other two sisters moved out, was progressive and supported their mom in every way. But more so, provided for her financially. The mother was to trying to leave a will behind but before her niece was finished working on it, my friend stole the paperwork and threw them away.

Not long after her mother died and left two houses, my friend wanted both for herself and her kids, so she made the life of every family member who lived there a living hell, especially her poor niece. So now both houses are basically hers and her daughters and son. A spell was placed on the sisters to keep them from getting the houses. No matter how they want their share it, will never happen without the intervention of prayer.

She always asked me to take her to St Thomas to hang out and visit friends, but one day when I went there with her, we went to hang out in different places. She asked me to come back for her at a certain time, but I arrived two hours early and what I saw was mind-blowing. She had her niece's clothes, pictures, and university ID and they were chanting, rubbing oil on it and cursing this poor girl. I yelled that I am ready to go and she and the obeah man jumped, then I saw her sister's picture drop, I think it had blood on it. Even as I write this letter to you, I feel like throwing up because every time her sister was sick, she would visit her in the hospital every single day, even suggesting to her sister what she thought was wrong with her.

I went back to St Thomas without my friend and I found out that the niece's spirit was too strong and she would sense when things were coming her way. She spent years trying to tell her mother even as a child what her aunt was trying to do to them but her mother was so blinded and so she refused to believe.

However, her niece was very intelligent while her daughter was not. So what she did was to set up the obeah in such a way that her niece would fail in life and her daughter would be successful. My friend set it for a mongoose to go and deliver the spirit to her niece because, at that point, her niece sensed the evil spirit and would not interact with her. The mongoose tried to go near but couldn't. I stood and watched the mongoose try to bite the girl but it was like a brick wall was between them. The poor girl got fed up, left everything and even left Jamaica and went overseas to start from scratch. My friend is still in the island and she is being afflicted with illnesses after illnesses. She needs a deliverance, otherwise she is going to die. What was blocking her death was her daughter's stubborn spirit, but now that her daughter has left, who knows.

Her niece is doing so well for herself overseas and has accomplished so much and my friend is not happy at all. I found out she recently went back to the obeah man with her niece's picture.

I am writing because I want to know if I should intervene in their family issues. I really want to because enough is enough and I can't believe in this day and age these things are still happening. Or I am hoping the other sisters will be reading this letter and put it together and intervene themselves?

I have discarded about 50 per cent of your letter. You are such a liar. Nobody should trust what you say or associate with you. Nothing that you have written is believable. You should find something better to do than to make up stories about these two sisters and their niece. You are a terrible liar.

You are also giving people in St Thomas bad names. You are not smart. How do you know all these things you have written about? You ought to be ashamed of yourself. Whenever you are ready to speak the truth, I will be ready to respond. Right now, you should keep your mouth shut. If anyone should seek deliverance, it is you.