Cousin thinks I stole her man 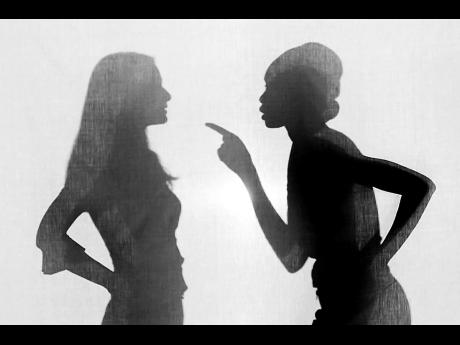 I have been in a relationship for two years and I am now 21. My boyfriend is 32. When we met, he was dating my cousin.

One day coming up to Christmastime, my cousin asked me to go out with him because he needed to take someone to a party and she was not feeling well. I did not want to go because I did not have anything new to wear.

She showed me a dress that he had bought for her and I loved it. My cousin told me that if I would go to the party and wear the dress, I could keep it.

I called my mother and told her the situation and she encouraged me to go. I was apprehensive but my cousin helped me to get dressed and off I went with her boyfriend.

Throughout the party, this guy introduced me to his friends as his date and everybody wanted to dance with me. On our way home, I thanked him and I told my cousin that I enjoyed myself.

But since that day, this man has never stopped showing interest in me. I don't know what he said to my cousin but our closeness was never the same. This man would 'drop words' and tell me that whatever I needed, I should let him know.

I felt uneasy one day when we went to the beach with friends, and he told me "you have lovely boobs". I told my cousin what he said. I did not know that she would tell him, and she was very angry.

The following day she told me that I would have to find another place to live because her boyfriend and I were too close.

The only thing that happened at that party that I found strange was that while we were dancing, I thought I felt that he had an erection. But I did not tell my cousin.

When my cousin asked me to leave the house, this man said that I should not go anywhere, and she threatened that she would pack all my clothes and throw them outside.

I called my brother and he came for me and I explained everything, and that was how the relationship between this man and myself started. Now we cannot do without each other.

There was no bed business when I was living at my cousin's place. I never kissed this man while I lived with her. She has a story that she tells relatives but my conscience is free.

I know that I did not take away her man. Even when he told me about my breasts and I told her, I only meant for her to warn him to take his eyes off me.

This man and I are getting married and we would like for you to officiate our wedding. Please do not turn us down.

Some folks would say that you took this man away from your cousin and regardless of what explanation you might give, they will condemn you.

It is unlikely that they will ever see 'the other side'; your cousin gave you permission to go with her boyfriend to the party. She went further by allowing you to wear the beautiful dress that he bought for her.

Admittedly, you could have refused to go. But you went and you enjoyed yourself. What is difficult to understand is, when did your cousin observe that her boyfriend was showing interest in you?

You claim that this guy said something about your breasts, so you felt that you should let your cousin know that her man was admiring you and this whole affair backfired.

If you had not told her, he might have continued to show interest in you. So you felt that at least you should have advised her to warn him. Your cousin blasted you and you were kicked out.

Your brother rescued you and the relationship between this man and you has blossomed to the point where both of you are planning to get married.

Again I say, some people will always blame you for taking this man away from your cousin. I wish not to condemn you. I leave this matter in the hand of the Almighty.

Sometimes in life, men love sisters, but end up marrying the ones that they did not originally mean to marry.

If this man and you would like to meet with me, I would be quite willing to speak with both of you about your future. I am not here to condemn anybody so you may call my office and set up an appointment to see me.