My sister wants to pierce her clitoris 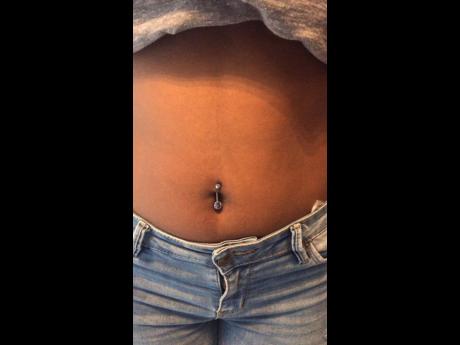 I am 17 years old and I would like to ask you a question. But before that, let me say that my mother has three of us, two girls and one boy. My sister is 19, and my brother is 21. My sister lives with her boyfriend.

We are very close. My mother lives with a man. He is a hard worker and he treats my mother well. My brother lives with his girlfriend, but he is at the house every day. Sometimes my mother has to run him and ask him why he does not go home.

He is a loving brother and although my mother lives with a man, he gives her money every week and sometimes buys groceries for her.

One day, when my mother was jokingly cursing him and asking him why he does not go home to his woman, he said he can always get another woman, but he can never get another mother. My sister has done some weird things.

The first thing she did that I considered weird is that she pierced her tongue. Now, my sister and her boyfriend are having a war because he complained to me that she wants to pierce her vagina and cannot give him a good reason for wanting to do so. Her boyfriend told her that that area of her body should only be exposed to him or her husband, if she has one, or if she goes to the doctor. But no other man should mess around there and pierce there.

Her boyfriend is wondering if she wants to become a lesbian. She said that even if she wanted to be a lesbian, it would be her life.

I have a boyfriend and I would not dare suggest to him that I want to pierce my tongue, much less my vagina. I told my sister that she should not do it. She said that she might not do it because she does not want him to leave her. What do you think?

People do crazy things. Among certain tribes, the piercing of the tongue is acceptable. Some Jamaican women have given different reasons why they pierce their tongue.

I would not bother to mention some of the reasons. But you can always go on the Internet and see why women pierce their tongue and the vagina. I would not encourage any woman to pierce her vagina, which is really the piercing of the clitoris.

Although your sister and you are very close, she has not told you everything. Perhaps she was told that having a pierced clitoris would add to sexual pleasure.

She knows now that her boyfriend is very much against the piercing; he takes their relationship very seriously. If she wants her man, she should respect his views.

On the other hand, if she is looking for some extra excitement she will ignore him. I repeat, a woman has to be wise, and it is not every practice that she should follow.