Ex-lover wanted his rent money back 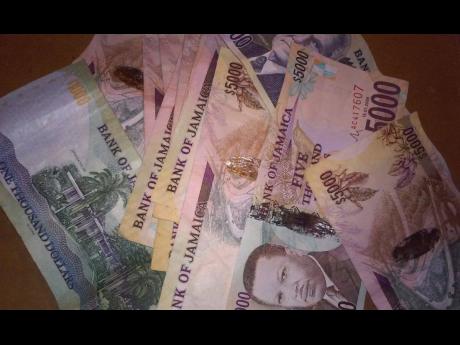 I am 25 years old and I have one son. His father is dead. He used to treat me very well, but he went away. He followed the advice of his relatives and did not come back.

He kept promising me that he would come back, so I should just wait on him and not get involved with any other man. I kept myself. Then the news came that he died.

One of his cousins used to come around and help me. He would take my son wherever he wanted to go. I then noticed that his cousin was coming on to me.

It got stronger and stronger. One day he told me that my son's father was not coming back unless there was a miracle.

I didn't like the idea of going to bed with him, but he started to help me to pay the rent and to do other things. I told myself it was unfair to allow him to act like the man in the house and not give him something. He promised me that he would use the condom, so we started to have sex. There came a time when I had to put my foot down and tell him 'no condom, no sex'.

He would reluctantly use the condom. He used to go home after we made love, but he started to sleep over.

I heard it from a good source that people were saying that I was no good, and that we were lovers. Even my own parents told me that I shouldn't have got involved with him.

One day, my father told me that he would disinherit me if I was really sleeping with my babyfather's cousin.

I decided to break up with this guy. I was surprised when he told me I should pay him back every cent he gave me for rent. He counted up each month he helped me.

I told him if he was going to play hardball, then he should pay me for the amount of time I allowed him to have sex with me. He told me that I never told him that I was selling sex.

When he told me how much I owed him, I told him that was all right. He then said he was only joking and begged me to allow him to come back in my life.

I cannot allow him to do that because I know that I should not have got so close to him. Now, there is another guy that I am in love with. I love him, but I am not sure that he loves me.

I am afraid to take the chance with him. Whenever he comes to the house, he keeps looking at his watch because he says he has to be at home at a certain time. He is a family man.

If he were not married, I would say that something is wrong with him, because he hardly asks me for sex. My babyfather's cousin is still after me, and now he says that we should go away and get married. Please tell me what to do.

I am sorry you got involved with your babyfather's cousin. He was never really concerned about you; what he wanted was your body.

You were under pressure financially so you accepted his help. He felt so at home that he thought he could do anything and get away with it.

You are fortunate that he did not get you pregnant, but, evidently, he wanted that to happen. That is why he was reluctant in using protection.

Now, you need to be extremely careful, because the present guy that you like so much is married, and you should not give him the impression that you love him so much that it will not bother you for him to leave his wife and come to your house. He wants to be careful. You said that he has not given you the impression that he loves you.

He is not in a hurry. Perhaps he is giving himself time. So don't throw yourself at him. If he loves you, you will see it eventually. You have not said whether this man helps you financially. Perhaps he has taken you as his good, social friend. Time will tell. One more thing before I go.

Your babyfather's cousin is trying to get back into your life. Have nothing to do with him. If he turns up at your house uninvited, go see a lawyer and take out an injunction against him.