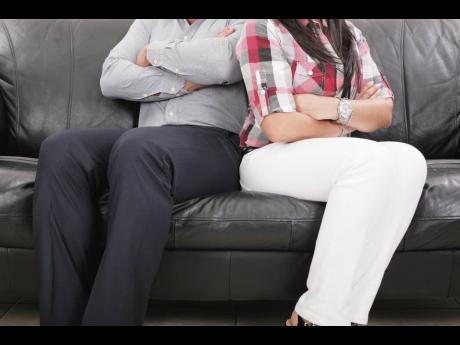 Please give me your best answer. Last year, my husband and I had a fight over a girl. This girl works with my husband. She got pregnant and was telling everybody that it was my husband who got her pregnant.

I did not think so. I did not believe her because although my husband is very wild, she is not his type. She showed up at my house, but my husband was not there.

I asked her what was the reason for her visit and she told me her story. While she was there my husband came, and he cursed her and told her not to come back to the house.

She told him that she would take him to court for maintenance. He drove her out of the yard; a car was waiting for her. I questioned my husband about this girl and he got angry and said that I should not question him anymore about her.

I went before him and he asked me to move. I did not move, so he pushed me and I fell. I knew I was wrong to stand in his way. Now, Pastor, when this girl came to my house, and my husband came and saw her, I told her that I did not believe that my husband had a relationship with her. She told me to shut up because she could tell me what type of sex my husband liked and his favourite positions. My husband was silent as she spoke.

That's why I was questioning him, and my husband could not give me any good enough and straightforward answers.

If my husband did not go to bed with her, how is it that she was able to say what my husband liked? She even said that my husband told her that years ago, he had to coax me into having oral sex with him, and now I like it more than he does.

I know that there are some women who are very wicked and they would tell lies on men, but it seems to me that when the woman came to your house, your husband was unable to explain to you why she knew so much.

And why did he become so angry when you demanded an explanation from him? Your husband has a lot to explain. He might as well get down on his knees and beg your pardon.

He should also accept paternity; and he should hope that you would forgive him, because he seems as if he is guilty as charged. I don't want to say anymore on this matter. You have put your neck out for this man, but he has failed you. I hope that you will learn from your mistakes.

There are times when a woman will have to defend her man, but you went too far by saying that the woman was not the type that your husband would have an affair with. You can never know what a man will do when he wants sex. So, you should be careful about what you say.