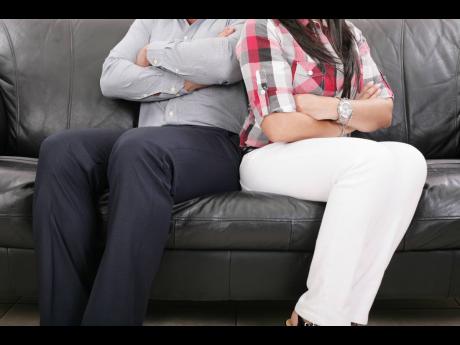 I am a 24-year-old woman who is living with a 32-year-old man, but I don't think his parents like me. The relationship is getting complicated and uncomfortable. I really need some advice.

I knew this guy from I was in my early teens; however, we did not have a sexual relationship until I was 19.

Before he took me in to live with him, I used to have a lot of problems with his sex partners. Even his child's mother came to argue with me. Before I lived with him, I used to work in a bar. When we settled in together, he told me to stop working at the bar because he was uncomfortable with me doing that type of work.

When I was working, his parents got along with me, and they always wanted money and phone cards and other stuff. We were happy.

This man and I have a child together, but as time went on, I had to depend on him for everything because I became unemployed. I did not want to go back and work in another bar.

My mother-in-law turned against me because I did not have any more money to give to her. My babyfather, in the mean time, was cheating on me with another woman who worked in a bar. His mother was encouraging him to be with that woman. His first child's mother challenged me, and I took her on face-to-face. She claimed to have known this woman a long time ago.

I really don't know what to do, I am confused. My babyfather told me that he didn't want this woman, but our relationship is in trouble.

Many men tell their women that they don't want them to work in certain places, but so often these men are not in any position to support the women financially.

Your man told you to leave the bar job, but at the same time he was not able to fully support you. On the other hand, while he was going through hard times, he was with another woman who also worked in a bar. So there you were, having financial problems and living with a man who was pure talk. He had nothing else but chat.

Some of these mothers-in-law are 'licky licky'. They will swing with anyone who can give them a few dollars. They refuse to get out of their children's love life.

Now that you are not working, you are not in a position to give your boyfriend's mother money, so she has turned against you, but you should not take her on.

You have to get yourself another job. It is going to be very rough, but whether you have to sweep the street or go back to working in bars, you should ignore what others may say if you know that you are working for an honest bread.

You know that this man's mother doesn't like you, so keep out of her way until she has changed her attitude towards you. I wish you well.