My friend used my clothes to catch my man 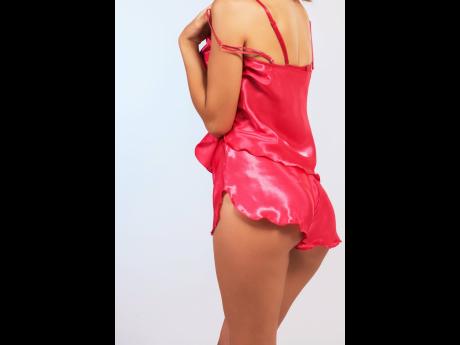 I am writing you for your advice and I hope that you would answer me soon. I am 22 years old and I am pregnant with my first child. My boyfriend is 30 years old and he is a very good man, but I am really angry with him because he is having a relationship with one of my schoolmates.

She came by to see me and it was raining heavily. So I told her she could stay with us. She didn't have any clothes so I had to give her my clothes to use. My boyfriend came home and saw her. I didn't realise that what she had on, he could see her underwear printing through. He said it to me and I told him to take his eyes off my friend. I did not know that he had said it to her, and she told him he can see more of it whenever he wants.

Lo and behold, Pastor, this girl took him on and started to text him and they have met and had sex. I saw it in her phone. She told him how much she enjoyed the time with him. When I called her and asked her why she would do that to me, she said that it is nothing permanent. She only wanted some money. And she asked him and he told her he would get it but she has to give him something. So she gave it to him, but he didn't even spend three minutes. Now, she is sorry for hurting me; saying it would not happen again.

He is denying that he had sex with her. He said she is only trying to break up our relationship. I don't want this girl back in my place.

How could a person come right in your place and try to take away your man?

I know that my boyfriend is not talking the truth. I believed he had sex with her. And everything happened so fast. And it is not much money she wanted. It was just $6,000.

When I was fussing with her, she told me I shouldn't fuss for that because men leave their women and women go on the street and sell their something for that amount of money. She gave him her something because she needed the money and she needed the sex, and my belly was too big for him to enjoy himself. But that shouldn't break us up. If my boyfriend wanted sex from me, I could have given it to him because we are still having sex. He is too greedy.

Do you think I should still have this girl as my friend?

I could understand that your friend didn't have anything to wear, so you gave her your clothes, but why did it have to be transparent? Why didn't you give her a pants that would not expose her? So you made a mistake but your girlfriend invited your man into her life when she told him he can see much more when he was ready.

He accepted that invitation and gave her $6,000 for her service. Your man didn't have to take up the offer. He should have remembered that this girl and you are friends.

Your boyfriend has not admitted that he had sex with her but it is not difficult for me to believe what the young woman said about your inability to have sex with him because of your advanced pregnancy.

You're not sure who is speaking the truth, but be calm about the whole situation. Don't allow this girl to come back to your house. And as I said before, drop her as a friend.