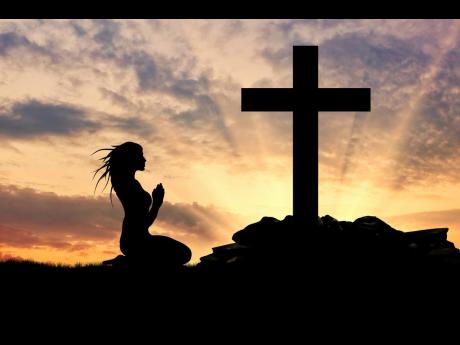 I am living with my sister and attending school. My sister and I are Christians. She doesn't go anywhere; from work to home and from home to church. She does not socialise at all.

I like to go out, and since coming to Kingston, I've got myself a boyfriend. He is not a strict Christian in every sense of the word. My sister doesn't like him. She said he is going to lead me astray. We do not have sex but we have done heavy petting and I'm satisfied with that for the time being.

My sister is so miserable. I think she needs a little bit of petting too. If I go out, she would not stop calling me. It's like I am a little child. I like to wear make-up and my skirts are not down to my knees. So she told my mother I have backslidden and I am trying to break out.

Pastor, I am not a bad girl. I know how far to go with my boyfriend. I have gone a little bit too far already. I told my sister that she must not condemn me because I heard her crying and carrying on in her sleep as if she was having sex and I was surprised. That means that she is burning. I love and respect my sister. So I am careful of what I say to her. I am only 17 years old and my sister is 27.

My boyfriend has come to the house but I don't encourage him to do so if my sister is not there. Is there anything wrong in kissing my boyfriend? According to my sister, there is.

Also, why is she carrying on like that in her sleep as if she is having sex?

You have asked me a very difficult question. But let's leave that question alone and start from the beginning of your letter.

You have been living with your sister and I'm sure that you are happy for her guidance and for the fact that you have food and shelter. You seem to respect your sister and that is very good. But you want a little bit more privilege. You want to go out sometimes but your sister is concerned. She knows that we are currently under a nightly curfew and she doesn't want anything to happen to you.

She told your mother that since you moved to Kingston, you have changed. I don't think that she is totally wrong, because it doesn't seem that you had a boyfriend in rural Jamaica.

Now you have a boyfriend and he is romancing you. You are making out with him and your sister is old enough to know that making out can lead to sexual intercourse.

You are engaging in heavy petting and that is one step to having sex. Your boyfriend has experience and although you guys have not had sexual intercourse yet, if you continue the way you are going, it might just happen. So, it is not wise for you to engage in heavy petting or making out.

If you do, you may end up in bed with this young man and may become pregnant and return to rural Jamaica with your head hanging down, so to speak.

Back to the noise that you heard coming from your sister while she was sleeping. She is 27 years old. Perhaps she had boyfriends and they engaged in sex, and, occasionally, she relives the experience. You would be surprised that when that happens, she might be dreaming about sex. Some girls may even call the names of the men with whom they had sex.