‘He is a professional liar’ 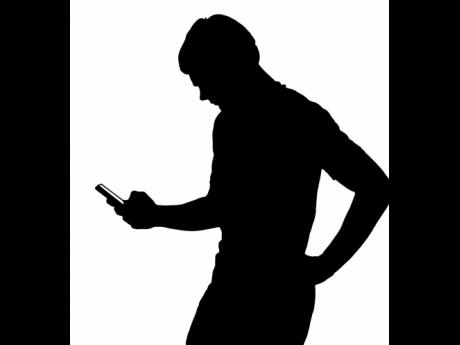 This is a follow-up letter to one that I wrote to you in July 2019. I just want you to know that I am doing much better. I prayed a lot and spoke with family and friends who supported me throughout what was the most difficult time in my life.

I am a university graduate, and I am now in a stable job. I now appreciate my mother's encouragement to get educated and be independent.

My children's father helps financially but not as much as they need. He has so much on his plate, so he gives them the mere minimum. He told me that he has a wife who is not working now, due to the coronavirus, and I know he lives with his girlfriend, or helper, as he puts it. He also has two other minors - who are his girlfriend's children, and he also assists his mother.

I wanted to leave the situation alone and stop digging, but I could not. It was hard to believe that he could lie to me and take the situation so far to include innocent children. He would not explain anything to me. He was just always angry because I had mentioned to his aunt that a friend of mine was going to check with the court to see if he was divorced.

Pastor, the man lied about everything. He is such a big liar. He was never separated from his wife. She is living in another parish, and it does not seem like she visits. He is the one who visits her.

I wanted to find out about the girl because I could not understand why she would move in with a man who has newborn babies. I was thinking he was tricking her, like what he did to me, by not telling her about his wife. So when I could not get any information from him, I confronted the girl. She was more than happy to curse me out. She said she was with him before he met me, and I was wrong to have kids for a man who flashed his penis everywhere and had sex with every woman he could find.

She said I went and had kids for him, and he doesn't even want to take care of them, and I am forcing him to spend time with them. She told me she left her clothes in his apartment for me to see when I return to his place. I asked her what about the man's wife. She said "Is what? You did want to get her out of the race?". "He loves his wife, and that's nothing."

She told me how much the man hates me. I guess that was supposed to hurt my feelings. She even told me that me writing to you about it was a shame, and she was going to move back in while I was pregnant, but she felt sorry for me. This man was living a triple life while I was pregnant, and I did not even know. He is a professional liar. He works with the Government, so he would go out of town from time to time, and I would not take it for anything because they were just short trips.

This man does not want any of his children at his home. He uses work as an excuse to not help with them and to be wild and find new women. He is 45 years old and behaves like he is 18. He told me that he found out that he has two older children who are in their 20s. Now that I know he is such a liar, I think he knew all along but hid it because he thought it would be a turn-off for me. If they are just knowing him, they did not lose out because he is a lousy father.

Pastor, this man has been so wicked to me. I do not deserve what he did to me and my children. They certainly deserve more. He hardly visits them. I eventually stopped arguing with him and told him that I forgave him. Soon after, he started trying to have sex with me. I could not believe he would want sex from the same woman he called a "whore" and all sorts of names. The same woman he got pregnant and left to care for her young babies all alone without any help from him.

He said that I am his baby mother so why can't we have sex. I resisted because there was no way I was going to sleep with him again because of what he did to me and my children. Some men will treat women like trash and sleep with them all over again, but not this one.

I am doing so much better now. The Lord stepped in when I needed Him. So many young women are out there broken and put to shame, but we have to know our worth, pray and trust God for healing and direction.

This man is carrying too much baggage, and you should have left him a long time ago. It is amazing that you have put up with so much from him. It is time for you to let go. You have no good reason for remaining with this man. What you need to get from him is support for your children, and if you cannot get the support voluntarily, you should take him to court. I suggest that you get a lawyer to represent you because he will try to lie his way through and cause you to look stupid in court.

He knew that he was never telling you the truth. Do not have anything to do with any of his children's mothers, and keep yourself far away from them and from this man.

I am glad that you have gone back to school and now have your degree. Congratulations to you. May God bless you.