Caught the side chick in my man’s house 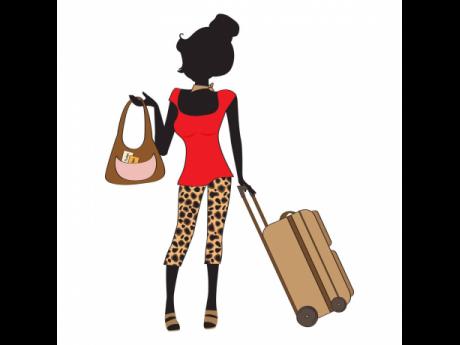 I am writing to you with tears in my eyes. I don't know what to do. My man took me from my parents' home. He was the first man for me. He told my parents that he would take good care of me because he had been admiring me for four years even when I was attending high school. My parents asked him if he would abandon every other woman because he was known to be a womaniser and he said 'yes' . My parents asked me what I thought about him and I told them I loved him. My father said I should say I liked him because I was too young to know what love was. I knew he was ambitious because he was building a house on a piece of land that he got from his grandfather. He took me to the place. I did not want to go along with him because I believed that he would pressure me to have sex with him. But he did not ask me for sex because the caretaker was there. I liked the house. A few months after that we went back there and by that time he had bought a new bed and a dresser and a whole new bedroom set. He said we should 'christen the bed' and we had sex on it.

I accepted him as my man and he accepted me as his woman. But one day, I went to the house alone and I saw the caretaker there. He was surprised to see me. When I went inside, there was another girl there. The caretaker told me that she was one of my man's girlfriends. The caretaker called him and told him that I was at the house and he came shortly after and told the girl she had to leave. She did not want to leave and wanted to know who I was. I told him to allow the girl to stay and I would leave but he said no. He pulled out his belt and told the girl that if she didn't leave he was going to beat her out of his house. When I saw that I knew that I was with a bad man and although I like him, he wants to have other women.

The girl told me that they had been having sex for a while and he was even trying to get her pregnant. I have been crying because I should have listened to what people said about him. He has a good job and I am not in need of anything. Pastor, please tell me what to do. I am only 22. Every day he is at my parents' home begging me not to leave him.

I suppose that this man has deceived you but on the other hand, you cannot say that you didn't know that he was a wild man. You believed that you were special so he would change after you agreed to be intimate with him. That's the mistake you made. You felt so comfortable with him and you saw him as your future husband, so you went to his new home without telling him. Another woman was there. You were not expecting to see each other.

Well, you now know that you should not go back to his place without letting him know that you are planning to visit as it is just not safe. I don't want to tell you to leave him, but you know what you are feeling and whether or not you think you can bear for this man to touch you and whether he will continue to play around with other women.

The only thing that will prevent him from doing so is a spiritual transformation of his life. The other young woman was shocked that he was choosing you over her. She was not even aware that he had a new girl.

Should you trust this man? The answer is no because you don't know for sure what he has told the young woman. I suggest that you tell your parents everything that occurred when you went to his house to visit him. Your parents, especially your father, would advise you what to do.