Boyfriend checked my underwear to see if I cheated 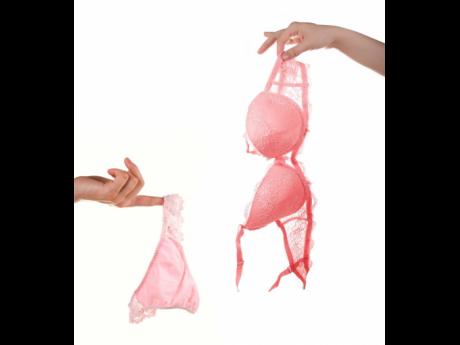 I am 20 and I am having a problem with my boyfriend. We have been friends for a year and I moved in with him six months ago.

One day my boyfriend stopped by with his friends. I went out to the gate and was talking to him and my stepfather made a big fuss. I had to remind him that I was over 18. He got very angry when I told him that he could not stop me from having a boyfriend. I told my boyfriend to leave but he refused, and when my stepfather behaved like he wanted to hit me, I nearly stoned him. My boyfriend told me I should pack up my things and he would come back for me. I did not plan to live with any man. I told my mother that I was leaving and she said it was better for me to go than to put myself in trouble.

Now Pastor, I am living with my boyfriend but he does not have much time for me. I am going to school and he told me I should stop and get a job. This man is very slack. I went to visit a girlfriend and when I came back, he asked me if I went to see a man and I told him no. He started to strip me. I was so shocked. He took off my blouse and started to smell it. He threw me on the bed and I started to resist him. He pulled off my pants and my underwear and was smelling me. I told him he was crazy. I even gave him my girlfriend's number and told him to call her. I called one of my aunts and told her what he did and she said that is not how a good man behaves. Now he doesn't want me to go anywhere and if my phone rings, he wants to know who is calling. He gives me money but I am not happy with him. My aunt is expanding her house and she told me that she will hurry and finish a room so I can plan and live with her. My boyfriend does not want to use the condom. Everyday he says he wants me to get pregnant and he already has three children with three different women. I know a much older man who likes me. I have never gone to his house, but he told me that he lives alone and he would take care of me. I don't know what to do, so I am asking you for your advice.

I am very sorry to hear of your trials. Much of what you are going through now started from the behaviour of your stepfather. He is indeed a very ignorant man. At your age you are old enough to have a boyfriend, and if he felt that you shouldn't have had one, that could have been discussed without fuss. It is unfortunate that you had to leave home in a hurry and then you accepted the invitation from your boyfriend to live with him. Evidently, you did not know your boyfriend very well. Evidently, he doesn't trust you and from what you said, you did not give him any cause not to trust you. I hope your aunt will be able to finish adding onto her house so you can live with her. I don't want to encourage you to go and live with this older man because you do not know much about him. You have not said that you love him, so you need to be very careful. You don't want to jump out of the frying pan and jump into fire. Please let me know what is happening. I am not saying that you should rule out this older man, but you need to be careful about moving from one man to another. Please continue to go to school, but make sure you leave your boyfriend.