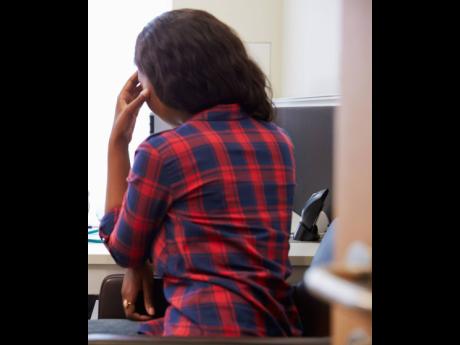 Pastor, I am a 35-year-old woman. I have three children and, after I had my third child, I decided I would not have any more. So I did the tie-off and I decided to try my best to take care of my children. Two years ago, I met a man and he is a real man, and when I say he is a real man, I mean he takes care of my children and I. When I met him, I complained to him about the treatment I have had from men. Two of these children belong to one man and every time I wanted money and I called him, he used to tell me to prepare myself to have sex with him.

I did it until I got fed up so I told this man that I am now with that I was struggling. He wanted to visit me but I didn't want him to come to where I lived, so I told him that I would visit him. He told me that he had a woman but she was away for a while. When I went to his house, I could not believe that he was living alone. The house was well-kept. I looked everywhere and I could see that a woman was living there.

Three months after he told me that his woman had advised him that she was not coming back so he was a free man. I asked him why she was not coming back and he said her relatives were encouraging her to remain overseas. This man and I got together. He paid off my debt and I am very comfortable with him but he does not know that I cannot have any more children. He told me that he would like us to have a child together. I gave him the impression that I can get pregnant but I know I can't. All of his former girlfriend's clothes are in the closet. I asked him when he is going to move them and he said he is still hoping she will change her mind and come back to him. In the meantime, he has stopped using the condom and he is hoping to get me pregnant. He is five years younger than I am and I know that if I should tell him now that I can't get pregnant, he might want to leave me for a younger woman. He has always told me that he wants to get a son. So, please, I am asking you now for your advice.

You made a big mistake by not telling the man the truth when you met and decided to have a relationship. You know that the tubal ligation operation prevents a woman from becoming pregnant. You had that operation and it is not something to be ashamed of.

At the time, you felt that it was the correct thing to do because you were struggling and you did not want to have another child. So when you met this man and he told you that he had a woman but she went abroad and her relatives encouraged her to stay, you should have told him that you had the operation to prevent you from getting pregnant again.

You should not have fooled this man by giving him the impression that you could become pregnant. And, to this day, you continue to fool him. However, I am asking you to tell this man the truth. Let him know that you were scared to tell him that you had such an operation because you were afraid that he would not want to have a relationship with you.

Tell him that you are tired of playing a hypocrite and, if both of you were to break up, it would be your fault. I suggest that you discuss this matter with your doctor. There was a time when this surgery was considered permanent but, in recent years, some say that it can be reversed. Discuss that with a doctor. You never can tell what may happen. I wish you well.