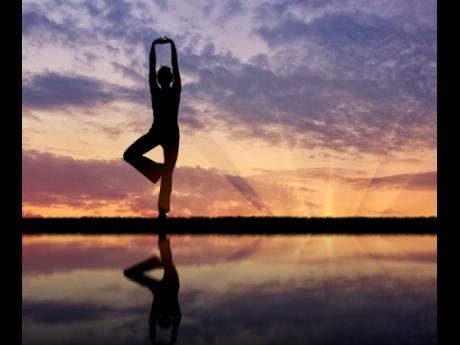 This is the first time I am writing to you, but I read your column every day. I heard you discussing divorce on the radio. I was married for 11 years, but my husband was very abusive. He would tell me whatever came to his mouth, and how I was stretched out, and that he could get any young girl. Before COVID, he would come home very late, and whenever I tried to ask him where he was, he would say he was a big man; but if I really wanted to know, he was with one of his girlfriends. One day, I told him that the day would come when he would come home to an empty house. He said he would move another woman in. I spoke to my pastor, who told me that I should try and stay because the church does not believe in divorce, and when I got married, I said in the vows 'for better or for worse, for richer or poorer, until death do us part'. So I stopped attending that church. After that, my husband had my name all over the place, saying that I left the church because I was going to another man. He started to stalk me, but there was no other man in my life. I just wanted freedom from this man. Before I divorced him, I stopped having sex with him because he refused to use the condom, and I could see on his briefs that he was having sex with other women. So I divorced him and I could not be happier.

There is another man in my life now. He, too, was married but he is divorced. We did not even know each other at the time he was married. I have a boy and a girl and he treats them as if they are his own. He wants us to get married and for me to live with him in New Jersey. I am willing to try a new life. I have a house, but I am not willing to give it up. It is for my children, but I am not going to leave them behind when I get married again. Their father hasn't treated them well since I divorced him. He is drinking and smoking heavily. I will never go back to him. Pastor, divorce has helped me, and the future with this new man in my life looks bright.

From what you have written, it seems that you did the correct thing in divorcing your husband. He did not cherish the relationship with you. Like an idiot, he ran around and wasted his substance. He did not have any respect for you. Any man who respects his spouse would not say that they were stretched out. Now that you have left him, he is probably going through lean times and is unable to carry on the type of lifestyle he had before you left him. Divorce is the last resort that a person should pursue. Everything should be done to save a marriage.

I sometimes wonder whether many of these pastors know what they are really talking about when they tell their members that they should never divorce because, if they do, they will have to remain single. I know some who have preached that and have seen their own children get divorced and remarried, and that has caused them to change their beliefs. I am glad that you have found another man. I would suggest that before you marry him, you should go through premarital counselling sessions, and that you will get to know him very well before you tie the knot. I wish you well.